Deliver Us By June Foster 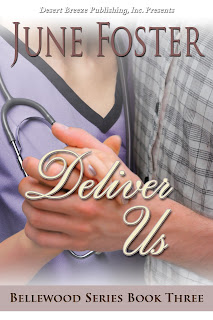 Join us in celebrating the launch and release of June Foster's book, Deliver Us, Book Three in the Bellewood Series. Releasing April 1st from Desert Breeze Publishing


The young fraternity man who coaxed Jillian Coleman upstairs that night is only a blur in her memory. Now she lives with the unrelenting guilt that she aborted her baby. God might forgive her, but she can't forgive herself. As Bellewood's premier gynecologist, she hopes to open the Jeremiah House to offer teen girls an abortion alternative. Though the handsome and successful Dr. Jett Camp wants to marry Jillian, he believes her plan is a waste of her skills.
Riley Mathis spent ten years in jail for dealing drugs. Now as a Christian, he's trying to put his life back together. Working as a janitor at night, he attends college by day. When he meets Dr. Coleman, he recognizes her from the sapphire necklace she wore the night he stole something precious from her. When she confesses the choice she made to abort her baby, Riley can't tell her he's the father of her child. 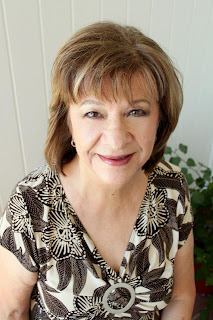 June Foster is a retired school teacher, who until recently traveled full time with her husband, living in their RV. Now settled in Alabama, they are enjoying their new home, and being close to family.

Deliver Us is available from your favorite seller
of e-books April 1st.