The Masterpiece By Francine Rivers 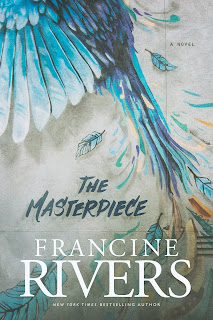 New York Times bestselling author Francine Rivers returns to her romance roots with this unexpected and redemptive love story, a probing tale that reminds us that mercy can shape even the most broken among us into an imperfect yet stunning masterpiece.

A successful LA artist, Roman Velasco appears to have everything he could possibly want―money, women, fame. Only Grace Moore, his reluctant, newly hired personal assistant, knows how little he truly has. The demons of Roman’s past seem to echo through the halls of his empty mansion and out across his breathtaking Topanga Canyon view. But Grace doesn’t know how her boss secretly wrestles with those demons: by tagging buildings as the Bird, a notorious but unidentified graffiti artist―an alter ego that could destroy his career and land him in prison.

Like Roman, Grace is wrestling with ghosts and secrets of her own. After a disastrous marriage threw her life completely off course, she vowed never to let love steal her dreams again. But as she gets to know the enigmatic man behind the reputation, it’s as if the jagged pieces of both of their pasts slowly begin to fit together . . . until something so unexpected happens that it changes the course of their relationship―and both their lives―forever. 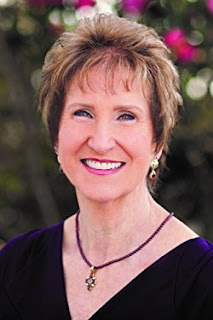 New York Times bestselling author Francine Rivers continues to win both industry acclaim and reader loyalty around the globe. Her numerous bestsellers include Redeeming Love, A Voice in the Wind, and Bridge to Haven, and her work has been translated into more than thirty different languages. She is a member of Romance Writers of America's coveted Hall of Fame as well as a recipient of the Lifetime Achievement Award from American Christian Fiction Writers (ACFW). Visit Francine online at www.francinerivers.com and connect with her on Facebook (www.facebook.com/FrancineRivers) and Twitter (@FrancineRivers).

I am still in a book fog after reading The Masterpiece.
It was such a moving love story and Rivers has really done her research on art part of the book. She tells about that at the end of the book. The characters were strong and the storyline remarkable. I loved the way it all turns out, I was on the fence for a while.
I challenge you to put this down once you start reading it.  I think it will be one you read without realizing you have read the book in one evening.
Rivers has done it again another New York Times list winner.
I gave this book 5 stars two times and I HIGHLY recommend it.
The Mary Reader received this book from the publisher for review. A favorable review was not required and all views expressed are our own.
Posted by Mary Jackson at 6:20 AM