The Promise By Dan Walsh and Gary Smalley GIVEAWAY!

For the last five months, Tom Anderson has been without a job, a fact he's been hiding from his wife Jean--and everyone else. He leaves each morning, pretending nothing has changed, and spends his disheartening day rotating through two coffee shops and the library, using their wi-fi to search for a job on the internet. The stress of keeping this secret is beginning to put serious strain on his marriage and it looks like the legacy that began with his father is still at work, slowly destroying the bond between Tom and Jean. Can their mutual trust--and love--be restored?Combining the literary talents of Dan Walsh and the relationship expertise of Gary Smalley, The Restoration Series pulls back the curtain of a family that has laid their foundation on shifting sand, but is slowly rediscovering genuine love and the power of forgiveness.
Pick up your copy
http://www.amazon.com/Promise-The-Novel-Restoration-Series/dp/0800721497/ref=sr_1_1_bnp_1_pap?ie=UTF8&qid=1378206720&sr=8-1&keywords=the+promise+dan+walsh 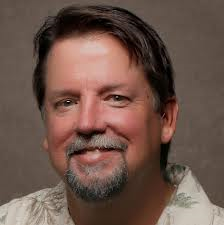 Dan Walsh is the bestselling author of several books, including The Dance with Gary Smalley, The Discovery, and The Reunion. He has won three Carol Awards, and two of his novels were finalists for RT Reviews Inspirational Book of the Year for 2011 and 2012. A member of American Christian Fiction Writers, Dan served as a pastor for 25 years. He lives with his wife in the Daytona Beach area, where he's busy researching and writing his next novel.

Gary Smalley is one of the country's best-known authors and speakers on family relationships and has appeared on national television programs such as Oprah, Larry King Live, and TODAY, as well as numerous national radio programs. He is the bestselling and award-winning author or coauthor of many books, including the Baxter Family Redemption series with Karen Kingsbury and The Dance with Dan Walsh. Gary and his wife Norma have been married for 49 years and live in Missouri.


If God brings you to it he will see you through it. This book is a reminder of that. Can both people in a marriage see that and believe that?
This is what I call life changing fiction.
A must read book. One that you will NOT be able to put down.
How can two men write such an emotional love story?
Dan and Gary have done it again. I plan to read this  Restoration series again.  I could not put the book down, I had to know if it was going to end well.
A fantastic book about  relationships and how God should be the head of every couple.
You will not read another book this year like this one! I LOVED it!!
I gave this book 5 stars two times.
I was given a copy of this book by the publisher for my honest review. 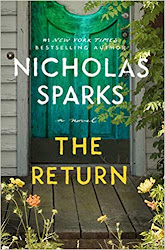