Why She Lied By Julie Coons GIVEAWAY! 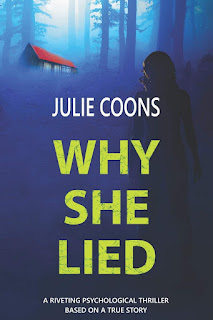 Will she have to lose her child to save her child?

The day she tells her boyfriend she’s pregnant, is the same day he tells her he’s been accused of molestation. His trial is set to begin the following day.

To get them, she tricks her boyfriend into signing a release form, giving her full access to all of his legal documents. She uncovers the truth, he’s guilty.

To save her unborn child from this monster, she gets an abortion.

FIVE YEARS LATER and still rebuilding her life, Julie finds out her ex-boyfriend has just become the most wanted man in America, involved in human trafficking. When detectives ask for her help locating him, she gets drawn into a baffling mystery. What began as a seemingly simple search soon turns into a much darker reality.

Someone from her past is watching…

Bit by bit, the tapestry of her own secret childhood begins to unravel. What she learns about her past will haunt her forever: family isn’t always what it seems.

Can she help bring this predator to justice, or will she die trying?

WHY SHE LIED is a gripping psychological thriller full of mystery, intrigue, and buried secrets. 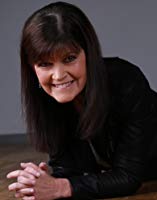 JULIE COONS lives in a small town in Oregon. THIS DOES NOT LEAVE THIS HOUSE was her debut memoir. Amy's bookshelf reviews awarded it the #1 position for top 10 books of 2018. Her second book WHY SHE LIED is based on a true story. Her books are written to lead a movement toward positive change. She tells the stories of her life with honesty and strength.
If you wish to connect, ask a question, or invite Julie to speak to your group or organization, contact her at: connect@juliecoons.com.
So much more coming in 2019! Julie also plans to make YouTube videos sharing more of her story. Subscribe to Julie's YouTube channel JULIE COONS and get to know her even better.
Website: juliecoons.com
YouTube: Julie Coons
Twitter: @JulieCoons1
Facebook: Julie Coons Author

I would say this was an interesting story but hard to read. I am not so sure if it was a true story as the cover states.
Had this been a book from a traditional  publisher not self published I think it would have been mush better. The editor would have fixed the  fact that she jumps from first to the third person  throughout the whole book, it doesn't read professionally at all. So it is very easy to see why a traditional publisher is needed.
I gave this book 3 stars.
The Mary Reader received this book from the publisher for review. A favorable review was not required and all views expressed are our own.
Posted by Mary Jackson at 6:08 AM