A Matter of Honor By Stephanie Sullivan 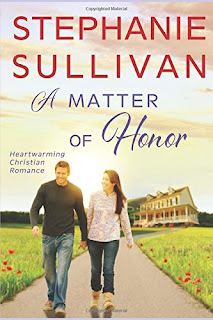 Joey Landry is stuck between a rock and a hard place. After inheriting her late aunt's bed-and-breakfast inn, she has the overwhelming task of keeping the struggling business afloat while also trying to raise her twelve-year-old disabled son, Evan, on her own.

Nathan Griffin, a handsome businessman and farmer from Texas, stops by on his way through Louisiana and decides to spend a few days at the inn, despite the fact there's a hurricane brewing in the Gulf of Mexico. Joey is immediately taken with his friendliness and southern charm, but what she doesn't realize is he's been sent to spy on her by his ruthless and wealthy boss, who wants to buy Joey's property to drill for oil.

Nathan, who never wanted to take part in the deception in the first place, never expected to meet such a strong and admirable Christian woman as Joey Landry, and he certainly didn't expect to fall in love. Nathan refuses to go along with his boss' wishes, but fearing he might lose Joey, Nathan never confesses to her the false pretenses that brought him to her small town of Anders Crossing.

When Nathan's deception is revealed, Joey is devastated, but Nathan promises to do whatever it takes to become an honorable man in her eyes once again, and sometimes reclaiming your honor means risking it all - especially for the woman you love. 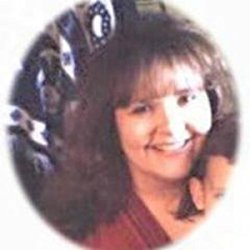 As a teenager in the 1980s, Stephanie Sullivan fell in love with romance novels after borrowing a friend’s copy of Betray Not My Passion by Sylvie F. Sommerfield. This began a mail correspondence with Mrs. Sommerfield that lasted several years, and those letters of encouragement are just a few of the many reasons why she chose to pursue her lifelong dream of becoming a romance author.

She lives in Mississippi with her husband of 24 years and their two children, and when she’s not busy with her family, you can usually find her with a notebook and pen in hand, dreaming up new story ideas or working on her many freelance writing projects. Visit Stephanie online at: www.authorstephaniesullivan.com