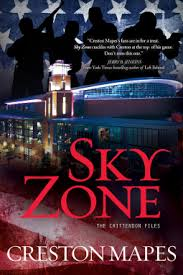 A rally for a controversial presidential candidate.
A terrorist threat.
A nightmare of cataclysmic proportions.

Jack and Pamela Crittendon have hit the breaking point. After months out of work as a reporter, Jack is playing Mr. Mom and working part-time at Festival Arena with his survivalist friend Brian Shakespeare. Meanwhile, Pamela has gone back to work full-time while eight months pregnant. Having her recently widowed mother on hand isn't making matters any easier.

With financial pressures boiling, Jack reports for duty at a rally for controversial presidential candidate Martin Sterling where he expects a mindless night on the job. But when Homeland Security picks up intel about a potential terrorist threat, Jack and Shakespeare are thrust into a life-or-death battle to save their own lives--and the lives of thousands of innocent people.

This third book in The Crittendon Files reminds us of the power of family, friendships and faith--and why we are never in as much control as we think.
Pick up your copy here
http://www.amazon.com/Sky-Zone-Novel-Crittendon-Files/dp/0781408172/ref=tmm_pap_title_0?ie=UTF8&qid=1402627455&sr=8-1 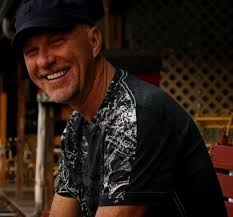 A journalist, copywriter, and editor, Creston works from his home-office in Atlanta for some of the nation's top media companies, Christian ministries, and nationally-recognized corporations, including Chick-fil-A, Coke, ABC-TV, and The Weather Channel. In addition to Creston's novels and freelance writing, he has ghostwritten and edited seven non-fiction titles.

Creston is married to his hometown sweetheart, Patty. They have a close-knit family, with four great children, several pets, and a growing number of cars.


Are you ready for a book that will keep you guessing until the very end? You have found it Sky Zone is very well written and Mapes has a way of making you feel as if you are right there.
I was guessing until the end and I loved every minute of it.
This was in my opinion the best book in the Crittendon Files series. Not to be missed.
I have to say this was a great suspense book. very intriguing read.
I gave this book 5 stars and recommend it.
I was given a copy of this book by Wynn Wynn Media for my honest review
Posted by Mary Jackson at 8:55 AM