The Snow Globe By Laura Hilton 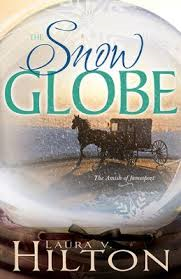 Compassionate Young Woman/center/b/i Esther Beachy enjoys working for an elderly woman who is wheelchair bound. Her client, Anna Petersheim, is pleasant and tells captivating stories. Plus, her home is quiet and far more peaceful than Esther's, with so many siblings. She only dreads the day when Anna's grandson, Viktor, will return from the river to take over the farm. She and Viktor were classmates years ago, and he'd been an obnoxious flirt who paid attention to every girl but her. p centerbiA Toughened Riverboat Captain/center/b/i A seasoned riverboat captain, Viktor Petersheim has seen his share of trials. He left the Amish after the death of his parents and siblings in a house fire for which he still feels responsible. Now, after years of working on the Mississippi River, he returns home to claim the farm he inherited from his grandparents—and, hopefully, to repair some of the damaged relationships and broken hearts he left in his wake. p centerbiLove off the River/center/b/i When Viktor arrives home, it doesn't take long for him and Esther to realize their mutual attraction. Even so, their relationship remains as tumultuous as a shaken snow globe, like the one Esther finds at a garage sale and gives to Viktor's grandmother as a token of affection. Viktor isn't the only man with an eye on Esther, and soon it looks as if she's ready to make a future with someone else. Will the two go their separate ways again? Or will the hand of God work something beautiful out of their angst and agitation? 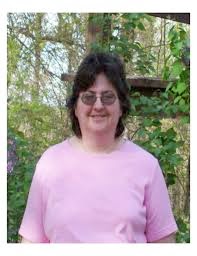 Award winning author, Laura Hilton, her husband, Steve, and their five children make their home in Horseshoe Bend, Arkansas. She is a pastor's wife, a stay-at-home mom and home-schools three of her children. Her two oldest children are homeschool graduates and are in college. Laura is also a breast cancer survivor.

Her publishing credits include three books in the Amish of Seymour series from Whitaker House: Patchwork Dreams, A Harvest of Hearts, and Promised to Another. The Amish of Webster County series, Healing Love. Surrendered Love and Awakened Love. A nonAmish book Swept Away will release November 2014 from Abingdon Press. She is contracted for another three book Amish series with Whitaker House, The Amish of Jamesport, releasing in November 2014 (The Snow Globe), June 2015 (The Postcard), and November 2015 (The Birdhouse). A Christmas Amish book, A White Christmas in Webster County, will release in September 2014. Laura is a member of American Christian Fiction Writers. Laura is a professional book reviewer for the Christian market, with over a thousand book reviews published at various online review sites.


A MUST READ!
What a fantastic book by Laura, She gets better with each book.
I was not happy to see this book end. I did have a few places in the book that I did not like but that was due to the mean characters not the writing or the plot.
I have to say I loved the story and the powerful way Laura has written this book. She sure knows her Amish lifestyle. You can see it on each page.
It is a different story it's not like some of the Amish stories that you keep reading over and over again. I love different, I have never like the same story. You are in for a treat with this one.
I gave this book 5 stars and I highly recommend it.
I was given a copy of this book by the author for my honest review.
Posted by Mary Jackson at 9:43 AM