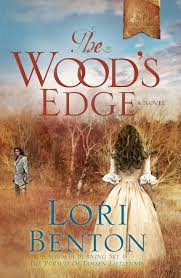 At the wood’s edge cultures collide. Can two families survive the impact?   The 1757 New York frontier is home to the Oneida tribe and to British colonists, yet their feet rarely walk the same paths.   On the day Fort William Henry falls, Major Reginald Aubrey is beside himself with grief. His son, born that day, has died in the arms of his sleeping wife. When Reginald comes across an Oneida mother with newborn twins, one white, one brown, he makes a choice that will haunt the lives of all involved. He steals the white baby and leaves his own child behind. Reginald’s wife and foundling daughter, Anna, never suspect the truth about the boy they call William, but Reginald is wracked by regret that only intensifies with time, as his secret spreads its devastating ripples.   When the long buried truth comes to light, can an unlikely friendship forged at the wood’s edge provide a way forward? For a father tormented by fear of judgment, another by lust for vengeance. For a mother still grieving her lost child. For a brother who feels his twin’s absence, another unaware of his twin’s existence. And for Anna, who loves them both—Two Hawks, the mysterious Oneida boy she meets in secret, and William, her brother. As paths long divided collide, how will God direct the feet of those who follow Him? 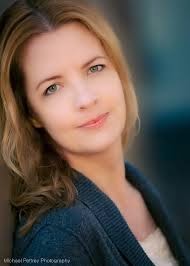 Lori Benton was raised east of the Appalachian Mountains, surrounded by early American history going back three hundred years. Her novels transport readers to the eighteenth century, where she brings to life the Colonial and early Federal periods of American history. When she isn’t writing, reading, or researching, Lori enjoys exploring the Oregon wilderness with her husband. She is the author of Burning Sky, recipient of three Christy Awards, and The Pursuit of Tamsen Littlejohn.

Ready for a book with a little  book of devastation, loss, heartache, joy, and a whole lot of the grace of God on every page? Then this is your book. Very detailed story line.
Very well written and such emotion on each page, I never wanted it to end.
I hate that I can only give it 5 stars. I do recommend this book.
This was a first for me by this author but not my last.
I was given a copy of this book by Wynn Wynn Media.
Posted by Mary Jackson at 12:48 PM