The Star-Crossed Sisters of Tuscany By Lori Nelson Spielman 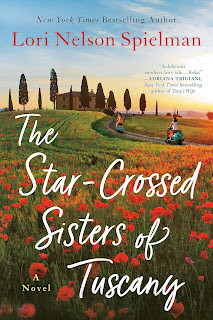 A trio of second-born daughters sets out on a whirlwind journey through the lush Italian countryside to break the family curse that says they’ll never find love, by New York Times bestseller Lori Nelson Spielman, author of The Life List.

Since the day Filomena Fontana cast a curse upon her sister more than two hundred years ago, not one second-born Fontana daughter has found lasting love. Some, like second-born Emilia, the happily-single baker at her grandfather’s Brooklyn deli, claim it’s an odd coincidence. Others, like her sexy, desperate-for-love cousin Lucy, insist it’s a true hex. But both are bewildered when their great-aunt calls with an astounding proposition: If they accompany her to her homeland of Italy, Aunt Poppy vows she’ll meet the love of her life on the steps of the Ravello Cathedral on her eightieth birthday, and break the Fontana Second-Daughter Curse once and for all.

Against the backdrop of wandering Venetian canals, rolling Tuscan fields, and enchanting Amalfi Coast villages, romance blooms, destinies are found, and family secrets are unearthed—secrets that could threaten the family far more than a centuries-old curse. 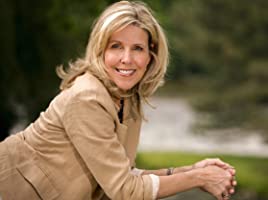 Lori Nelson Spielman was born and raised in Michigan, the youngest of four children. After college, she began working in the public school system. She spent the early part of her career as a speech-language pathologist, and later became a high school guidance counselor. It was during her stint as a homebound teacher that she rekindled her love for writing. Her first book, THE LIFE LIST, became a #1 international bestseller, and Fox 2000 purchased the film rights. It has been translated into twenty-seven languages. Her second novel, SWEET FORGIVENESS, released in June of 2015. She lives in Michigan with her husband, and is working on her third novel.
Please visit Lori's website at www.LoriNelsonSpielman.com. You can follow Lori on Facebook https://www.facebook.com/lori.nelsonspielman, or on Twitter @LNelsonSpielman.

My Thoughts...
Set is such a place I would love to be right now.This time slip as I call it was very well written. Past and present writing takes a gift, Spielman has that gift. I enjoyed the family drama, the little secrets. The family, friendship and the love are poured through out this book. I hope that I get the chance to read another book by her again soon.
I gave this book 4 stars.
The Mary Reader received this book from the publisher for review. A favorable review was not required and all views expressed are our own.
Posted by Mary Jackson at 5:30 AM