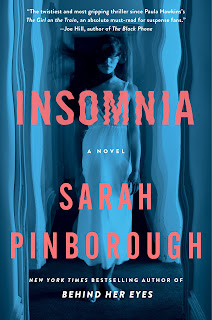 It’s been like this since her big 4-0 started getting closer.

Her mother stopped sleeping just before her own fortieth birthday.

She went mad and did the unthinkable because of it.

LOOK IN ON THE CHILDREN.

Is that what’s happening to Emma? 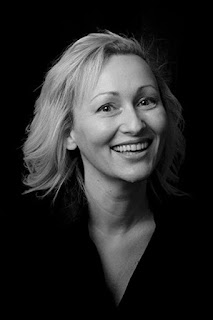 Sarah Pinborough is a New York Times bestselling and Sunday Times Number one and Internationally bestselling author who is published in over 25 territories worldwide. Having published more than 25 novels across various genres, her recent books include Behind Her Eyes which will air on Netflix in January 2021, Cross Her Heart, in development for UK television, and 13 Minutes in development with Netflix.

Her latest novel, DEAD TO HER and is a dark and twisty, sexy tale of hidden secrets and revenge in high society Savannah and has been sold for TV in the US.

Sarah lives in the historic town of Stony Stratford, the home of the Cock and Bull story, with her dog Ted.

You can follow her on Twitter @sarahpinborough
My Thoughts...
This was such a wild ride; I could not put it down I loved thinking I know who was doing it and then having to rethink it. Pinborough has done it again. She is starting to rise as the queen of thrillers in my book.
4 star and one you don't want to miss.
The Mary Reader received this book from the publisher for review. A favorable review was not required, and all views expressed are our own.
Posted by Mary Jackson at 3:57 AM