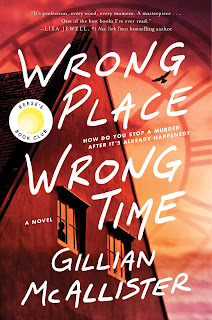 Can you stop a murder after it’s already happened?

Late October. After midnight. You’re waiting up for your seventeen-year-old son. He’s past curfew. As you watch from the window, he emerges, and you realize he isn’t alone: he’s walking toward a man, and he’s armed.

You can’t believe it when you see him do it: your funny, happy teenage son, he kills a stranger, right there on the street outside your house. You don’t know who. You don’t know why. You only know your son is now in custody, his future shattered.

That night you fall asleep in despair. All is lost. 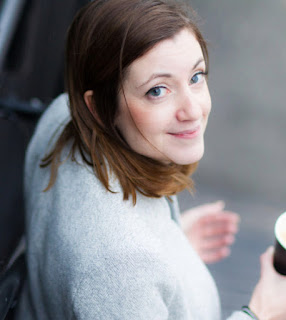 Gillian McAllister is the Sunday Times Top 10 bestselling author of Everything But The Truth, Anything You Do Say, No Further Questions, The Evidence Against You, How To Disappear and the Richard and Judy book club pick That Night.

All of her novels are standalone and can be read in any order. She is published in ten countries around the world. The Good Sister is her US debut, released by Penguin USA, and is the American title for No Further Questions. The Choice is her second American release which is the US title for Anything You Do Say.

I started out loving this one but at the almost halfway mark I was ready to be done with it.  It dragged on and on and was just way too much for me. I like an edge of your seat thriller not a slow read. I have to say this was just a 3-star read. Maybe not one I would recommend. The Mary Reader received this book from the publisher for review. A favorable review was not required, and all views expressed are our own.
Posted by Mary Jackson at 3:30 AM