Songs of the Shenandoah By Michael K. Reynolds 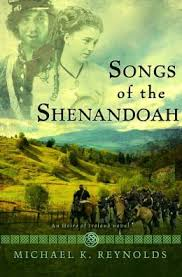 At the onset of the Civil War, Seamus heeds his wife’s wishes to return to her beloved family farm in the South, where he takes a post as chaplain for General Stonewall Jackson’s brigade. As Seamus ministers to the troops, his sister Clare ministers in a different way—by being a powerful voice in the Northern cause toward freeing the slaves. All this while their youngest brother Davin, who became wealthy during the Gold Rush, struggles to find love and identity in a fallen world. It’s a clash of loyalties and beliefs that threaten the entire family, each of them trying to hear God’s encouragement in the midst of the tragedy of war. The dramatic conclusion to the acclaimed Heirs of Ireland Series. 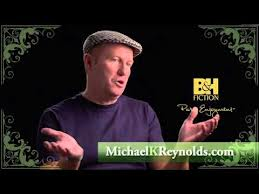 Michael K. Reynolds is the author of a series of Irish historical novels being published by B&H Publishing Group.

Michael is a writer with more than two decades of experience in crafting fiction, non-fiction, journalism, copywriting and documentary production. He is represented by Janet Kobobel Grant of Books & Such Literary Agency.

Producer of Emmy Award Winning Documentaries
Michael is also the writer and producer of an Emmy and Telly award-winning series of documentaries titled, Crystal Darkness. These thirty minute anti-meth films have been heavily promoted and broadcast in cities and states throughout the United States and Mexico. They have been viewed collectedly by more than 10 million people and the message has reached more than 30 million to date.

His most recent documentary is titled, Bullying, and tackles a rising epidemic which is causing our children to drop out of school and is the cause of depression, suicide and campus violence.

The films were produced by Global Studio, a social marketing agency Michael founded in 1998. Since that time he has served hundreds of clients throughout the nation in developing powerful and innovative marketing campaigns using a variety of mediums including: print, film, television, radio and Internet. He has extensive experience in all levels of branding, web development, social media, public relations and advertising.

He also has wide experience as a speaker and on-air personality and has been interviewed on a variety of newspapers, radio stations and televisions networks throughout the nation.

Michael earned his B.A. in Creative Writing from the University of California, San Diego and lives in Reno with his wife and three children.

He is active in marketplace, marriage, small group and men's ministries as a leader and speaker. He has served as elder at his church and is an area leader for the Fellowship of Companies for Christ International, a member of Sparks Rotary and served as chairperson for the local advisory board of the Salvation Army.
You do not want to miss the conclusion to the Heirs of Ireland. The whole series was fantastic.
Well Michael has done it again, he has wrote a fantastic book that I could not put down.
Of course you do not want to start this book if you have only a short time to read, it is one of those books that you can not put down once you start reading. Make sure that you have plenty of reading time.
I recommend this book. I gave this book 5 stars.
I was given a copy of this book by the publisher for my honest review.
Posted by Mary Jackson at 11:10 AM