Finding Favor with the King By Tommy Tenney 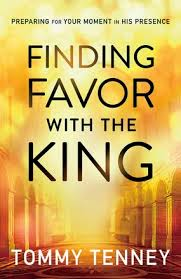 Tenney takes readers to Esther's preIslamic Persia to uncover the secrets that helped her win the heart and gain the ear of the king and save her people from destruction. A Jewish girl of no royal heritage was chosen to become the Queen of Persia. Was it her beauty alone, or did she know an important and mysterious truth? Tenney challenges his readers to move beyond formal petitions or even "storming the gates of heaven" to that intimate embrace of worship where the bride's petitions move the King's heart and where kingdoms, people, and situations begin to shift like pawns on a divine chessboard. 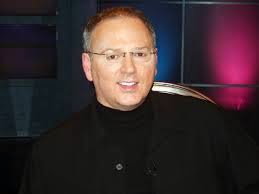 Tommy Tenney is the author of multi-million selling The God Chasers series. He has written more than thirty books, with eight best-selling titles to date. Tommy has books in over forty languages, traveled into more than seventy-two countries and television broadcast into one hundred twenty nations. Tommy spent ten years pastoring and has spent over twenty years in itinerant ministry. His two passions are leading others to seek the presence of God and encouraging unity in the body of Christ. He is the founder of GodChasers.network, a mission's ministry organized to assist pastors globally, and distribute Tommy's teachings through various media. Three generations of ministry in his family heritage, and three daughters, have given Tommy a unique perspective on ministry. The Tenneys reside in Louisiana with their three daughters, their son-in-law, four grandchildren and two Yorkies.


This is a well written and thought out book. Tenney gives an insight of how Esther found favor with King Xerxes through "The Twelve Protocols of the Palace". This was a very easy read and kept my attention. I didn't find myself wanting to hurry through this book. I would recommend this to anyone that wants a closer walk with God.
Tenney is a man after Gods own heart.
I gave this book 5 stars and highly recommend it.
I was given a copy of this book by the publisher for my honest review.
Posted by Mary Jackson at 6:17 AM