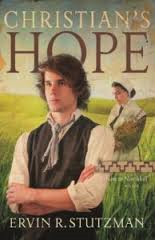 When Christian Hochstetler returns to the Amish after seven years in captivity, he finds that many things have shifted. Captured as a child during the French and Indian War, Christian has spent much of his life among Native Americans, who cared for him and taught him their ways. Now that Christian is home, his father wants him to settle back into their predictable Amish life of farming, and Christian's budding friendship with Orpha Rupp beckons him to stay as well.
Yet Christian feels restless, and he misses his adoptive Native American family--who raised him as their own son. When faced with a life-altering decision, will Christian choose the Amish identity that his father desires for him? Or will he depart from his family and faith community yet again?
Christian's Hope tells the story of the younger brother of Joseph and son of Jacob, whom readers have come to love in the first two books in the Return to Northkill series. Based on actual events and written by a descendant of the Hochstetler family, Christian's Hope brings the sweeping epic of the Return to Northkill series to a soul-stirring end.
Pick up your copy here...
https://www.amazon.com/Christians-Return-Northkill-Ervin-Stutzman/dp/0836199421/ref=sr_1_1?s=books&ie=UTF8&qid=1477413477&sr=1-1&keywords=christian%27s+hope+by+ervin+r.+stutzman 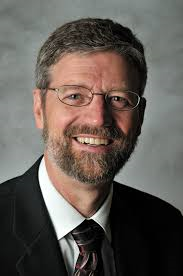 Ervin R. Stutzman is author of Jacob's Choice, Joseph's Dilemma, Tobias of the Amish, and Emma, A Widow Among the Amish. Born into an Amish home in Kalona, Iowa, Stutzman based the Return to Northkill series on the life of his ancestor, Jacob Hochstetler. He has been featured on TLC's "Who Do You Think You Are?"
This is book three in the Return to Northkill series. However I did not read the first two books in this series. It may have been better if I had read the first two . I would be familiar with some of the characters in the book. It would have made it more enjoyable to me.
This is a book based on historical truth. So it was very interesting to read the accounts that took place.
I gave this book 3.5 stars. I would suggest reading the first two books in the series first.
I received this book to review. A favorable review was not required and all views expressed are my own.
Posted by Mary Jackson at 11:46 AM