Blown Together By Janet Ferguson 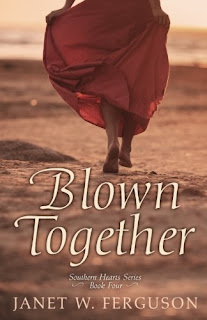 When love storms in...
Wealth manager Sam Conrad is accustomed to his domineering father ordering him around, especially at the bank where they both work. But when his father demands that Sam manage the inheritance of his bossy ex-fiancée, Sam has finally had enough. He leaves in search of a new life, and attorney Big Roy Bosarge from Mobile, Alabama, agrees to mentor Sam on his quest for direction. Sam didn't expect to be thrown together with Big Roy's eccentric and opinionated daughter.

Storm damage forces lonely romance writer Elinor Bosarge and her hairless cat, Mr. Darcy, out of her Fort Morgan Beach cottage. She plans to take refuge in the boathouse on her parents' estate, but finds the place already occupied by one of her father's "projects." She's shocked her father would allow another young man onto the property after his last mentee robbed her family and broke her heart. And from the moment she meets Sam Conrad, they disagree about everything from her cat to how to best renovate a local nursing home.

Between her mother's health issues and the hurricane brewing in the Gulf, Elinor feels like her life is being ripped apart. It doesn't help that she's falling for the man she's determined not to trust. Sam finds himself drawn to Elinor, wanting to help her and this new family he's grown to love. But can he overcome the barrier she's built to keep him out? When the storm rages and the two of them are blown together, can Elinor find the faith to open her heart again? 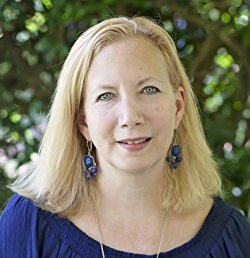 This is book four in the Southern Hearts Series.
Posted by Mary Jackson at 6:30 AM