Beneath the Summer Sun By Kelly Irvin 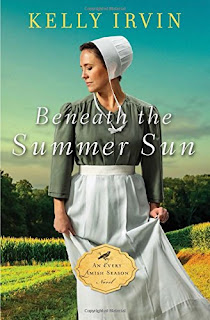 Jennie Troyer knows it’s time to remarry. Can she overcome a painful secret and open her heart to love?
It’s been four years since Jennie’s husband died in a farming accident. Long enough that the elders in her Amish community think it’s time to marry again for the sake of her seven children. What they don’t know is that grief isn’t holding her back from a new relationship. Fear is. A terrible secret in her past keeps her from moving forward.
Mennonite book salesman Nathan Walker stops by Jennie’s farm whenever he’s in the area. Despite years of conversation and dinners together, she never seems to relax around him. He knows he should move on, but something about her keeps drawing him back.
Meanwhile, Leo Graber nurtures a decades-long love for Jennie, but guilt plagues him—guilt for letting Jennie marry someone else and guilt for his father’s death on a hunting trip many years ago. How could anyone love him again—and how could he ever take a chance to love in return?
In this second book in the Every Amish Season series, three hearts try to discern God’s plan for the future—and find peace beneath the summer sun. 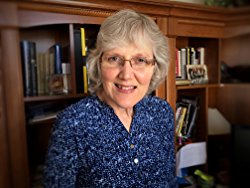 New from Kelly Irvin! Upon a Spring Breeze, the first book in her Amish romance series, Every Amish Season, from Zondervan/HarperCollins Christian Publishing. The novel is the first in a four-book series that delves into the lives of four Amish women linked by life altering experiences that bring them together as wives, mothers, and grandmothers in the small town of Jamesport, Mo. Kelly Irvin is also the author of The Amish of Bee County series, which includes the critically acclaimed The Beekeeper's Son. Publishers Weekly called the first book in the series a beautifully woven masterpiece and Romantic Times Magazine called Kelly a storyteller extraordinaire. It was followed by The Bishop's Son and The Saddle Maker's Son, which is an ECPA bestseller.

Kelly is also author of several novellas, The Christmas Visitor, included in the Thomas Nelson anthology, The Amish Christmas Gift, and Sweeter than Honey, included in An Amish Market anthology.

She also penned the Bliss Creek Amish series and the New Hope Amish series, both published by Harvest House Publishers. Love Still Stands, the first book in the New Hope series, debuted in September 2014, and the follow-up, Love Redeemed, released March 1, 2014. The final book in the series, set in Branson, MO., was A Plain Love Song, released in July 2014.

The Bliss Creek Amish series, set in Kansas, includes To Love and to Cherish, A Heart Made New, and Love's Journey Home.

In the New Hope series, familiar characters from Bliss Creek move to Missouri to start a new district and a new life.

Kelly is also the author of two romantic suspense novels, A Deadly Wilderness and No Child of Mine, set in San Antonio, Texas.

A graduate of the University of Kansas William Allen White School of Journalism, Kelly wrote nonfiction professionally for thirty years. She studied for three semesters at the University of Costa Rica, learning the Spanish language. As a journalist, she worked six years in the border towns of Laredo and El Paso, where she was exposed to culture and language that serves as fodder for her fiction writing. She has written hard news, features, entertainment pieces, restaurant critiques, editorials, and weekly columns. Writing awards include the Silver Star Award from the Texas Mental Health Association for articles pertaining to mental health and numerous awards in news, feature, and editorial writing from the Texas Press Association and Texas Press Women.

Kelly retired in 2016 from her position of 22 years as public relations manager for the San Antonio Parks and Recreation Department, where her duties included writing and designing an employee newsletter, writing news releases, collaborating on marketing campaigns, coordinating ribbon-cuttings and groundbreakings, coordinating press conferences, updating the web site, and acting as a media spokesperson.

Kelly has been married to photographer Tim Irvin for almost twenty-nine years, and they have two young adult children and two grandchildren. In her spare time, she likes to write short stories, read books by her favorite authors, and visit the babies.

I really enjoyed book number two of An Every Amish Season series.
I  liked Jeannie, Nathan, and Leo's story. I could not wait to see what Gods plan for Jeannie's life was.
A widow with a house full of kids, she needed a helpmate but which one was the one for her?
You are going to love the out come of this one.
Again Kelly does not disappoint, I gladly gave this book 4 stars and I recommend it.
The Mary Reader received this book from the publisher for review. A favorable review was not required and all views expressed are our own.
Posted by Mary Jackson at 6:25 AM