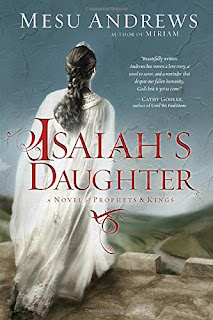 In this epic Biblical narrative, ideal for fans of The Bible miniseries, a young woman taken into the prophet Isaiah's household rises to capture the heart of the future king.

Isaiah adopts Ishma, giving her a new name--Zibah, delight of the Lord--thereby ensuring her royal pedigree. Ishma came to the prophet's home, devastated after watching her family destroyed and living as a captive. But as the years pass, Zibah's lively spirit wins Prince Hezekiah's favor, a boy determined to rebuild the kingdom his father has nearly destroyed. But loving this man will awake in her all the fears and pain of her past and she must turn to the only One who can give life, calm her fears, and deliver a nation. 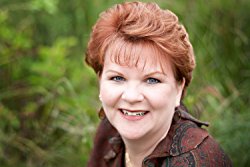 Mesu grew up with a variegated Christian heritage. With grandparents from the Pilgrim Holiness, Nazarene, and Wesleyan Churches, her dad was a Quaker and mom charismatic. As you might imagine, God was a central figure in most family discussions, but theology was a battlefield and Scripture the weapon. As a rebellious teenager, Mesu rejected God and His Word, but discovered Jesus as a life-transforming Savior through the changed life of an old friend.

The desire for God's Word exploded with her new commitment, but devotional time was scarce due to the demands of a young wife and mother. So Mesu scoured the only two theology books available--children's Bible stories and her Bible. The stories she read to her daughters at night pointed her to the Bible passages she studied all day. She became an avid student of God's Word, searching historical and cultural settings as well as ancient texts and original languages.

Mesu and her husband Roy have raised those two daughters and now enjoy a tribe of grandkids, who get to hear those same Bible stories. Mesu's love for God's Word has never waned. She now writes biblical novels, rich with spiritual insight learned through fascinating discoveries in deep historical research.

Her first novel, Love Amid the Ashes (Revell)--the story of Job and the women who loved him--won the 2012 ECPA Book of the Year in the Debut Author Category. Her subsequent novels have released with high praise, shedding light on some of the shadowy women of Scripture. Love's Sacred Song (Revell, 2012) tells the story of the beloved shepherdess in King Solomon's Song of Solomon. Love in a Broken Vessel (Revell, 2013) tells the story of Hosea and Gomer and is the final stand-alone novel in the Treasures of His Love Series. Her fourth novel, In the Shadow of Jezebel (Revell, 2014) tells the fascinating story of Queen Athaliah and the courageous Princess Jehosheba.

The Treasures of the Nile series (Waterbrook/Multnomah, 2015-16) included The Pharaoh's Daughter and Miriam and spanned Moses' life from birth to the Exodus. Her 2017 release, Isaiah's Daughter (Waterbrook/Multnomah), explores the life and ministry of the prophet Isaiah and the tumultuous days of Judah under the reigns of Ahaz and Hezekiah but focuses on the woman Hephzibah--a fascinating character in Jewish legends.

Mesu writes in their log cabin tucked away in the beautiful Appalachian Mountains. Her best friend is an American Staffordshire Terrier named Zeke, who keeps her company on long writing days. Zeke also enjoys watching movies, long walks in the woods, and sitting by the fireplace on rainy days.

1.       Can you tell us about your new book, Isaiah’s Daughter?
Isaiah’s Daughter is a story of both tragedy and triumph. It tells of difficult days in Judah’s history under King Ahaz’s reign, when moral bankruptcy and child sacrifice led to a nation on the verge of destruction. A little girl named Ishma sees her parents brutally murdered and is led into captivity, but a series of events finds her miraculously delivered to the prophet Isaiah’s home to live—so it seems—as a servant in his household. The rest of the story follows this little girl from captive orphan to captivating queen, and I hope readers will feel the same wonder I felt as I watched the story unfold through my research.
2.      What drew you to research the history of the main character, Hephzibah?
I don’t remember the first time I discovered the prophet Isaiah had a daughter, but I was immediately intrigued. The Bible mentions his two sons (Isa. 7:3; 8:1) and calls his wife a prophetess (Isa. 8:3), but there’s no direct reference to a daughter—at least not specifically calling her a daughter. In Isaiah 62:4, Isaiah mentions the coming of a “vindicated” Jerusalem and calls the new and righteous city, Hephzibah. Imagine my surprise when I discovered rabbinic tradition teaches that King Hezekiah’s wife—Hephzibah—was Isaiah’s daughter! Connecting Hezekiah’s wife with Isaiah’s daughter opened all sorts of “what ifs” in my imagination.
3.      Your biblical fiction novels tend to use biblical and historical facts as a foundation. What is your process like for interweaving these facts with fictional details?
Research is my favorite part of the writing process. I get to dig into ancient texts and Bible commentaries. Dictionaries, encyclopedias, cultural commentaries and all sorts of archaeological data make this part of writing like a big treasure hunt. Weaving them all together is somewhat less glamorous than you might imagine. I open a blank Excel sheet and start filling in confirmed dates on the left side—column A. I then put important “Names” across the top (Row 1) and begin listing events in the appropriate cells corresponding with date and name as I find information in biblical and historical resources (making note of which resources used). I begin a second sheet in the same Excel document, labeled “Historical/Biblical/Fiction,” and again place all the dates in column A. This time, however, I put only three divisions across the top: Historical, Biblical, and Fictional. Then I fill in events from the first sheet under the proper category—never changing the truth of Scripture or facts of history—and begin to “connect the dots” by adding whatever fictional details in the third column will smooth out the story for a believable plot.
4.      What was the most fascinating information you discovered in your research for this book?
I think the prophet Isaiah walking around barefoot and naked for three years (Isa. 20) was pretty fascinating—and quite shocking! Perhaps even more fascinating was the idea that Isaiah may have thought Hezekiah was the suffering Messiah he spoke of in Isaiah 53. Christians see that chapter as a clear description of Jesus Christ, but some of my research made a strong case that Isaiah might have thought Hezekiah “took up [Jerusalem’s] pain and bore [their] suffering” with his near-death illness in Isaiah 38. This book really made me think about how prophets might have viewed their own words in their current circumstances.
5.      Which character do you most identify with from any of your books? Why?
That’s easy. I’m Gomer from Love in a Broken Vessel. Though I wasn’t an actual prostitute, and my husband isn’t the prophet Hosea, I lived a pretty hard life before that good man followed God’s call and loved me in spite of my brokenness. He showed me what unconditional love really meant and introduced me to a personal relationship with Jesus. Then he married me six months later. J
Historical fans you are in for a real treat with this one. I was very surprised how much that I enjoyed this one.

Give this 4 star read a try. I recommend it.

Be sure to stop by the other blogs and see what they have to say about  Isaiah's Daughter.  www.wmbooks.com/IsaiahsDaughterTour