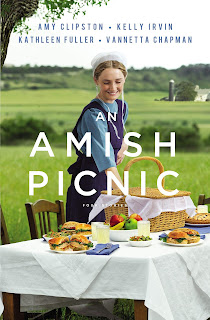 From bestselling authors in the Amish genre come four sweet stories about picnics and romance.
Baskets of Sunshine by Amy Clipston
Kevin Weaver has lived with his brother’s family since his parents passed away when he was young, but he craves a home and family to call his own. Freeman Kurtz owns a successful brick mason business, and Kevin takes the job as Freeman’s apprentice to pursue his own financial freedom.
Phoebe Kurtz is helping her sister with her booth at the marketplace when she notices Kevin, her father’s employee. Their friendship grows, but Kevin is convinced that the difference in their ages makes a relationship between them impossible. Amidst summer outings, Kevin and Phoebe must decide if taking a chance on love is worth the risk.
Candlelight Sweethearts by Kelly Irvin
Esther Marie Shrock loves her job at Valley Grocery Store where she’s worked for four years. Despite a stutter that has plagued her since childhood, she thrives filling orders from a steady stream of customers. Still, at 25, she and her family wonder if romance is in her future.
Jasper Cotter isn’t good with people, but he’s found himself obligated to take over day-to-day operations of the family owned grocery store—a store he doesn’t have the first clue how to run. Thrown together, Esther Marie and Jasper don’t exactly see eye to eye. One night, the store loses power, and the candles aren’t the only things shooting off sparks. Esther Marie and Jasper are suddenly forced to discover common ground when it matters most, and they might be surprised with love along the way.
Reeling in Love by Kathleen Fuller
Nina Stoll and Ira Yoder are just friends. Just friends and fishing buddies. Every Saturday afternoon, they have a picnic at their favorite fishing hole and see who can out fish the other. Until Nina starts to wonder if there’s more.
Her plans to share her feelings go awry, and circumstances seem destined to keep Nina and Ira apart. With both Nina and Ira confused and hurting, it’s going to take courage, some help from the community matchmakers, and a little bit of divine intervention for Nina and Ira to realize they’re each other's perfect catch.
Picnics and Prospects by Vannetta Chapman
Faith Troyer is claustrophobic, and David Lapp builds tiny houses. They went on a date years ago with disastrous results. Now that they’re in their late twenties, their families and friends are beginning to wonder if either will ever find that special someone. When a picnic outing is diverted by the discovery of a package of letters dating back to the 1970s, they take it upon themselves to find answers to a mystery that causes them to rethink their past and consider their future. 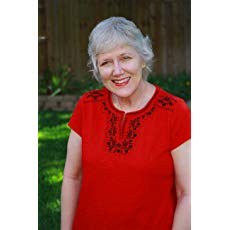 Best-selling novelist Kelly Irvin's latest series, The Amish of Sky Country, features an Amish community in Northwest Montana affected by wildfires that destroyed thousands of acres in the state in recent years. The first book, Mountains of Grace, debuted in August 2019, and delves into the impact on not only an Amish man and woman, but also a smoke jumper, a sheriff's deputy, and a young English woman forced to confront her past because of the fires.
Kelly also writes romantic suspense novels. Her most recent forays into this genre include Tell Her No Lies and Over the Line, both set in San Antonio and South Texas. Of Tell Her No Lies, The Library Journal says, "Irvin creates a complex web with enough twists and turns to keep even the most savvy romantic suspense readers guessing until the end. Known for her Amish novels, this two-time Carol Award finalist shows that her talents span subgenres from tranquil Amish stories to rapidly paced breathless suspense."
Kelly is also the author of the Every Amish Season series, which included four books that chronicle the lives of Amish widows who are in different seasons in their lives. These women are linked by life altering experiences that bring them together as wives, mothers, and grandmothers in the small town of Jamesport, Mo. The first book, Upon a Spring Breeze, received critical acclaim from the Library Journal: "A moving and compelling tale about the power of grace and forgiveness that reminds us how we become strongest in our most broken moments."
Kelly Irvin is also the author of The Amish of Bee County series, which includes the critically acclaimed The Beekeeper's Son. Publishers Weekly called the first book in the series a beautifully woven masterpiece and Romantic Times Magazine called Kelly a storyteller extraordinaire. It was followed by The Bishop's Son and The Saddle Maker's Son, which is an ECPA bestseller.
A two-time ACFW Carol finalist, Kelly's novellas have been included in numerous anthologies, including An Amish Summer, The Amish Christmas Gift, An Amish Market, an Amish Christmas Love, and Amish Quilt, An Amish Reunion, An Amish Picnic, and An Amish Christmas Bakery.
She also penned the Bliss Creek Amish series and the New Hope Amish series, both published by Harvest House Publishers. Love Still Stands, the first book in the New Hope series, debuted in September 2012, and the follow-up, Love Redeemed, released March 1, 2014. The final book in the series, set in Branson, MO., was A Plain Love Song, released in July 2014.
The Bliss Creek Amish series, set in Kansas, includes To Love and to Cherish, A Heart Made New, and Love's Journey Home.
In the New Hope series, familiar characters from Bliss Creek move to Missouri to start a new district and a new life.
Kelly is also the author of two romantic suspense novels, A Deadly Wilderness and No Child of Mine, set in San Antonio, Texas. Two more romantic suspense novels are on the horizon, with the first, Tell Her No Lies, slated for publication by Thomas Nelson Publishing in January 2019.
The Kansas native is a member of American Christian Fiction Writers and the ACFW San Antonio local chapter Alamo City Christian Fiction Writers, as well as Romance Writers of America (RWA) and Sisters in Crime.
A graduate of the University of Kansas William Allen White School of Journalism, Kelly wrote nonfiction professionally for thirty years. She studied for three semesters at the University of Costa Rica, learning the Spanish language. As a journalist, she worked six years in the border towns of Laredo and El Paso, where she was exposed to culture and language that serves as fodder for her fiction writing. She has written hard news, features, entertainment pieces, restaurant critiques, editorials, and weekly columns. Writing awards include the Silver Star Award from the Texas Mental Health Association for articles pertaining to mental health and numerous awards in news, feature, and editorial writing from the Texas Press Association and Texas Press Women.
Kelly retired in 2016 from her position of 22 years as public relations manager for the San Antonio Parks and Recreation Department, where her duties included writing and designing an employee newsletter, writing news releases, collaborating on marketing campaigns, coordinating ribbon-cuttings and groundbreakings, coordinating press conferences, updating the web site, and acting as a media spokesperson.
Kelly has been married to photographer Tim Irvin for more than 30 years, and they have two young adult children and three grandchildren. In her spare time, she likes to write short stories, read books by her favorite authors, and visit the babies.
For more information, visit http://www.kellyirvin.com 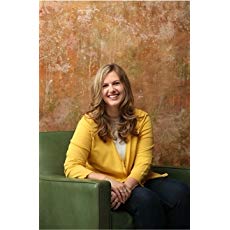 Amy Clipston has been writing for as long as she can remember. Her fiction writing "career" began in elementary school when she and a close friend wrote and shared silly stories. She has a degree in communications from Virginia Wesleyan College and is a member of the Authors Guild, American Christian Fiction Writers, and Romance Writers of America. She is the author of the bestselling Kauffman Amish Bakery series with Zondervan, which is part of HarperCollins Christian Publishing. An advocate for organ and blood donation, Amy donated a kidney in 2011 at Johns Hopkins Hospital. Through her donation, her husband received a second kidney transplant. Amy and her husband matched another couple and swapped kidneys with them. Amy's memoir, A Gift of Love, will be available in early 2014. She hopes her story inspires others to become organ and blood donors. Amy lives in North Carolina with her husband, two sons, mother, and four spoiled rotten cats. You can find her on the web at www.AmyClipston.com or on Facebook at www.facebook.com/AmyClipstonBooks 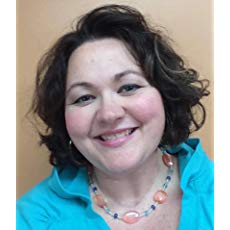 My Thoughts...
Some authors are just called to write Amish fiction and when you put them all in one book you get a gut book. Look up the word Gut if you are not an Amish fiction reader.
I was done with these four novellas before I knew it.
Candlelight Sweethearts was such a great read. I am such a sucker for a gut romance. Reeling in Love, can you  guess what this novella was about?
I must say Baskets of Sunshine was a refreshing read.
I just want to say if you have not read any Amish fiction books before reading this review leave a comment below one blog follower who leaves a comment will win a copy of this book.
4 stars and I am so happy to share it with one  or two of you great followers.
The Mary Reader received this book from the publisher for review. A favorable review was not required and all views expressed are our own.