The Return By Nicholas Sparks 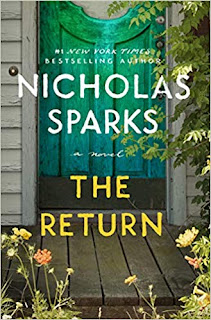 In the romantic tradition of Dear John and The Lucky One, #1 New York Times bestselling author Nicholas Sparks returns with the story of an injured Navy doctor -- and two women whose secrets will change the course of his life.

Trevor Benson never intended to move back to New Bern, NC. But when a mortar blast outside the hospital where he worked as an orthopedic surgeon sent him home from Afghanistan with devastating injuries, the dilapidated cabin he inherited from his grandfather seemed as good a place to regroup as any.

Tending to his grandfather's beloved bee hives while gearing up for a second stint in medical school, Trevor isn't prepared to fall in love with a local . . . and yet, from their very first encounter, his connection with Natalie Masterson can't be ignored. But even as she seems to reciprocate his feelings, she remains frustratingly distant, making Trevor wonder what she's hiding.

Further complicating his stay in New Bern is the presence of a sullen teenage girl, Callie, who lives in the trailer park down the road from his grandfather's cabin. Claiming to be 19, she works at the local sundries store and keeps to herself. When he discovers she was once befriended by his grandfather, Trevor hopes Callie can shed light on the mysterious circumstances of his grandfather's death, but she offers few clues -- until a crisis triggers a race that will uncover the true nature of Callie's past, one more intertwined with the elderly man's passing than Trevor could ever have anticipated.

In his quest to unravel Natalie and Callie's secrets, Trevor will learn the true meaning of love and forgiveness . . . and that in life, to move forward, we must often return to the place where it all began. 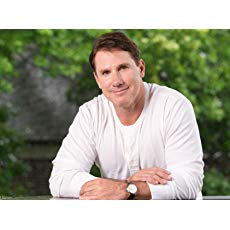 Nicholas Sparks is one of the world’s most beloved storytellers. All of his books have been New York Times bestsellers, with over 105 million copies sold worldwide, in more than 50 languages, including over 75 million copies in the United States alone.Sparks wrote one of his best-known stories, The Notebook, over a period of six months at age 28. It was published in 1996 and he followed with the novels Message in a Bottle (1998), A Walk to Remember (1999), The Rescue (2000), A Bend in the Road (2001), Nights in Rodanthe (2002), The Guardian (2003), The Wedding (2003), True Believer (2005) and its sequel, At First Sight (2005), Dear John (2006), The Choice (2007), The Lucky One (2008), The Last Song (2009), Safe Haven (2010), The Best of Me (2011), The Longest Ride (2013), and See Me (2015) as well as the 2004 non-fiction memoir Three Weeks With My Brother, co-written with his brother Micah. His newest book, Two by Two, was published on October 4, 2016.Film adaptations of Nicholas Sparks novels, including The Choice, The Longest Ride, The Best of Me, Safe Haven (on all of which he served as a producer), The Lucky One, Message in a Bottle, A Walk to Remember, The Notebook, Nights in Rodanthe, Dear John and The Last Song, have had a cumulative worldwide gross of over three-quarters of a billion dollars.In 2012, Sparks and his publishing agent and creative partner Theresa Park, launched Nicholas Sparks Productions, with Park as President of Production. A film version of The Guardian is currently in development, as is a film based on Football Hall of Famer Gale Sayers’s friendship with Chicago Bears teammate Brian Piccolo.Sparks lives in North Carolina. He contributes to a variety of local and national charities, and is a major contributor to the Creative Writing Program (MFA) at the University of Notre Dame, where he provides scholarships, internships, and a fellowship annually. He co-founded The Epiphany School in New Bern, North Carolina in 2006. As a former full scholarship athlete (he still holds a track and field record at the University of Notre Dame) he also spent four years coaching track and field athletes at the local public high school. In 2009, the team he coached at New Bern High School set a World Junior Indoor Record in the 4 x400 meter, in New York. The record still stands. Click to watch the Runner’s World video with Nicholas.The Nicholas Sparks Foundation, a 501(c)(3) nonprofit committed to improving cultural and international understanding through global education experiences for students of all ages was launched in 2011. Between the foundation, and the personal gifts of the Sparks family, more than $15 million dollars have been distributed to deserving charities, scholarship programs, and projects. Because the Sparks family covers all operational expenses of the foundation, 100% of donations are devoted to programs.
Posted by Mary Jackson at 5:46 AM