The Hunted Maiden By Douglas Pierce 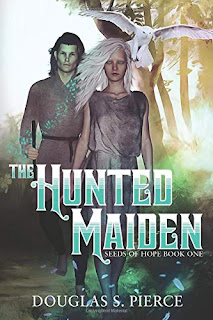 “Return this kindness by giving the gift of music to someone else in their time of need.”Mouse—a fugitive and former stowaway—dreams of becoming a musician. By following the melody of his heart, he hopes to escape the grueling work and harsh punishments doled out aboard the Hunter’s Ghost. Gifted a flute by an enigmatic man, he finds himself closer than ever to achieving his goal. Yet to his surprise, it’s not freedom the music leads him to but a strange Fae prisoner. She alone is the sole being he’s ever encountered without a personal song. “The Enemy comes for you, child. A foe like no other.” Those dark words spoken by an ancient seer haunt aerialist and animal trainer Seldy’s every waking thought. When dangerous strangers kidnap her in the midst of a deadly Fae storm, she fears this malicious threat is coming to pass. Now, her survival depends on escaping from the ship she’s being held on, and finding a way back home before the shadowy being—known only as the Enemy—comes for her. Forced together by their intertwining fates, Mouse and Seldy embark on a quest to uncover the secrets of Seldy’s past. Can they arm themselves with her precious truth in time to fight the dark forces eager to claim and corrupt her? Fans of epic fantasy will love the journey of sacrifice and hope found in The Hunted Maiden! 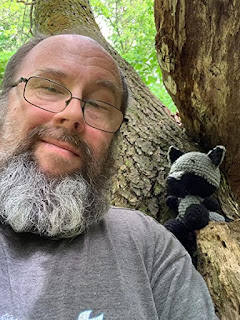 Douglas S. Pierce is a son, husband, and father who lives in the Metro Detroit area with his wife Patricia (of more than 25 years), two Shiba Inus (Suki and Akira), and a black cat named Harley. He is a proud veteran of the United State military and a practicing pagan. Raised on weekly trips to libraries and bookstores, Doug has had a lifelong love affair with the kind of stories that inspire hope, kindness, and love.