When We Were Bright and Beautiful by Jillian Medoff 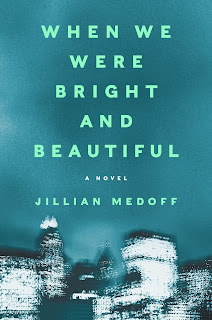 You can have everything, and still not have enough.

Cassie Quinn may only be twenty-three, but she knows a few things. One: money can’t buy happiness, but it’s certainly better to have it. Two: family matters most. Three: her younger brother Billy is not a rapist.

When Billy, a junior at Princeton, is arrested for assaulting his ex-girlfriend, Cassie races home to Manhattan to join forces with her big brother Nate and their parents, Lawrence and Eleanor. The Quinns scramble to hire the best legal minds money can buy, but Billy fits the all-too-familiar sex-offender profile—white, athletic, and privileged—that makes headlines and sways juries.

Meanwhile, Cassie struggles to understand why Billy’s ex Diana would go this far, even if the breakup was painful. And she knows how the end of first love can destroy someone: Her own years-long affair with a powerful, charismatic man left her shattered, and she’s only recently regained her footing.

As reporters converge outside their Upper East Side landmark building, the Quinns gird themselves for a media-saturated trial, and Cassie vows she’ll do whatever it takes to save Billy. But what if that means exposing her own darkest secrets to the world? 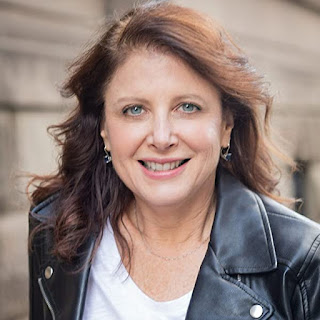 Jillian Medoff is the acclaimed author of WHEN WE WERE BRIGHT AND BEAUTIFUL, a fast-paced, thrilling, deeply emotional novel about power, privilege, and consent set on NYC's Upper East Side. She also wrote four other novels: THIS COULD HURT, I COULDN’T LOVE YOU MORE (national bestseller), GOOD GIRLS GONE BAD, and HUNGER POINT. HUNGER POINT was made into an original cable movie starring Christina Hendricks and Barbara Hershey and directed by Joan Micklin Silver (Lifetime TV, 2003).

A former fellow at MacDowell, Blue Mountain Center, VCCA and Fundacion Valparaiso in Spain, Jillian has an MFA from NYU. She studied with Mona Simpson and Jonathan Dee; and took master classes with Toni Morrison, Grace Paley, and Joyce Carol Oates.

In addition to writing novels, Jillian has a long career in corporate consulting. She’s worked for a wide range of employers, including Deloitte and Aon. Now with Segal Benz, she advises clients on communication strategies for all aspects of the employee experience.

Jillian lives with her husband, Keith Dawson and three adult daughters, who come and go. She reviews fiction for the NEW YORK TIMES Book Review, and is currently working on a new novel, THE COMMITTEE, a story about medical ethics and race in Seattle, circa 1961.