The Homecoming of Samuel Lake 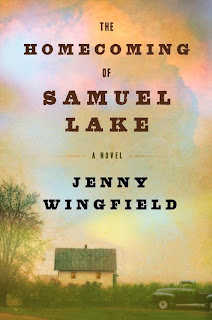 
Every first Sunday in June, members of the Moses clan gather for an annual reunion at “the old home place,” a sprawling hundred-acre farm in Arkansas. And every year, Samuel Lake, a vibrant and committed young preacher, brings his beloved wife, Willadee Moses, and their three children back for the festivities. The children embrace the reunion as a welcome escape from the prying eyes of their father’s congregation; for Willadee it’s a precious opportunity to spend time with her mother and father, Calla and John. But just as the reunion is getting under way, tragedy strikes, jolting the family to their core: John’s untimely death and, soon after, the loss of Samuel’s parish, which set the stage for a summer of crisis and profound change.

In the midst of it all, Samuel and Willadee’s outspoken eleven-year-old daughter, Swan, is a bright light. Her high spirits and fearlessness have alternately seduced and bedeviled three generations of the family. But it is Blade Ballenger, a traumatized eight-year-old neighbor, who soon captures Swan’s undivided attention. Full of righteous anger, and innocent of the peril facing her and those she loves, Swan makes it her mission to keep the boy safe from his terrifying father.

With characters who spring to life as vividly as if they were members of one’s own family, and with the clear-eyed wisdom that illuminates the most tragic—and triumphant—aspects of human nature, Jenny Wingfield emerges as one of the most vital, engaging storytellers writing today. In The Homecoming of Samuel Lake she has created a memorable and lasting work of fiction. 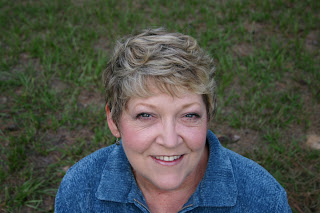 Jenny Wingfield grew up “pretty much all over Louisiana”.  The daughter of a Methodist minister, she learned early on that being a preacher’s kid could mean moving a lot.
After high school, she attended Southern State College (now SAU), in Magnolia, Arkansas, earning her B.A. in English. Later on, she taught English and Language Arts in the Hope, Arkansas and Ashdown Arkansas public schools.

Wingfield broke into freelancing by writing celebrity articles for Scene Magazine, Music City News, and The Saturday Evening Post.  Several years later, she shifted lanes, tackling screenwriting.  Her film  credits include The Man In The Moon (Reese Witherspoon’s debut movie), The Outsider (starring Naomi Watts), and Hallmark Hall of Fame’s A Dog Named Christmas (winner of the 2010 Genesis Award), plus a number of Disney animation projects.
Her first novel, The Homecoming of Samuel Lake, was released by Random House on July 12, 2011.  The book has also sold in the U.K., France, Germany, Italy, Denmark, Israel, Norway, Spain and Russia.

Wingfield’s other passions are watercolor painting, animal rescue and organic gardening.  She lives on a farm, surrounded by rescued dogs, cats and horses, plus a few “bought” dairy goats.

The Homecoming of Samuel Lake transported me to another world.  The style of writing has a similar feel to that of  "The Help" by Kathryn Stockett.  This book would be a great summer read sitting on a picnic blanket in the warm sun with a tall glass of ice-cold sweet tea in your hand. I really loved the characters of Uncle Toy and especially Swan Lake!  One of her more memorable quotes in the book is:  "I think maybe miracles are something everybody has to find out about for themselves. Telling them about it doesn't make them believe. It makes them think you're crazy as a bessie bug!"
The Homecoming of Samuel Lake is about good vs. evil, miracles and disappointment, redemption, faith and above all...forgiveness.

The plot, setting, pacing and dialogue were all "spot on"!  This is a wonderful debut book by a very talented author. I plan to read it again and it will become a permanent fixture on my bookshelf...a high honor I afford to very few books.