90 Minutes in Heaven By Don Piper 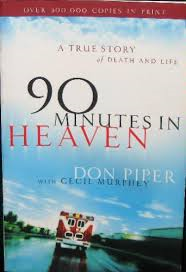 As he is driving home from a minister's conference, Baptist minister Don Piper collides with a semi-truck that crosses into his lane. He is pronounced dead at the scene. For the next 90 minutes, Piper experiences heaven where he is greeted by those who had influenced him spiritually. He hears beautiful music and feels true peace. Back on earth, a passing minister who had also been at the conference is led to pray for Don even though he knows the man is dead. Piper miraculously comes back to life and the bliss of heaven is replaced by a long and painful recovery. For years Piper kept his heavenly experience to himself. Finally, however, friends and family convinced him to share his remarkable story. 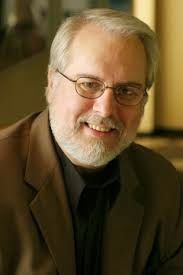 Don Piper has been an ordained minister since 1985. He has appeared on numerous television and radio programs and has been the subject of countless newspaper and magazine features. He is the founder of Don Piper Ministries and is a popular speaker across the United States and abroad. He and his wife, Eva, are the parents of three grown children and live in Pasadena, Texas.


Are you looking for hope and faith in God? This is your book.
The 10th Anniversary Of 90 minutes in Heaven is a great faith building book.
I read this book for the second time and read it in one day. You will not be able to put it down.
I would encourage you to buy extra copies of this book as it would make a fantastic gift to give to those that you love.
I gave this book 5 stars. I highly recommend this book.
I was given a copy of this book by the publisher for my honest review.
Posted by Mary Jackson at 12:49 PM