The Revealing By Suzanne Woods Fisher 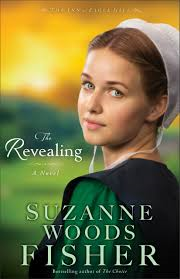 Naomi King, soft spoken, loyal, and easily overlooked, has a gift. She sees what others can't see. Intuition, she calls it. Others in Stoney Ridge don't know what to make of it and dismiss her hunches and inklings altogether.When a young woman arrives at the Inn at Eagle Hill with a shocking secret about Tobe Schrock, Naomi fears the worst. She can't ignore the feeling that something sinister is at work-- something more than a threat to the tenuous love begun between her and Tobe.As signs mount, they begin to point to Jake Hertzler, the elusive mastermind behind Schrock Investments' downfall. Soon, events spiral hopelessly out of control and Naomi must decide whether to listen to her head or her heart. 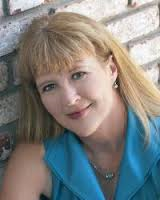 In no particular order, Suzanne Woods Fisher is a wife, mother, writer, lifelong student of the Bible, raiser of puppies for Guide Dogs for the Blind, a gardener and a cook...the latter two with sporadic results.

Suzanne has loved to write since she was a young teen. After college, she started to write for magazines and became a contributing editor for Christian Parenting Today magazine. Her family moved to Hong Kong for four years, just as the internet was developing, and she continued to write articles in a 44-story high-rise apartment, sending manuscripts 7,000 miles away with a click of a key.

After returning from Hong Kong, Suzanne decided to give her first novel a try. For four and a half months, she worked on an antediluvian computer in a cramped laundry room. She didn't even tell her husband what she was up to. When the novel was completed, she told her family at dinner one night that she had written a book. "That's why there's no food in this house!" said her slightly insensitive sons.

Undaunted...Suzanne found a small royalty publisher for that book and wrote three more (all earned multiple awards). With help from an agent, she went on to sign contracts with Revell Books for twenty plus books.

Writing, for Suzanne, is a way to express a love of God and His word. With every book or article, she hopes readers get a sense of what faith really looks like in the daily grind. She hopes they realize that life can be hard, but God is good, and never to confuse the two.

Suzanne can be found on-line at: www.suzannewoodsfisher.com
Of course this is a Susanne Woods Fisher book so that means it is a 5 star book. Fantastic characters and great storyline.
This was a great conclusion to The Inn at Eagle Hill series. I could not put this book down I was drawn in from page one.
I am so disappointed that this series has come to an end. This was the best of the three in this series.
It is not a stand alone you want to read all three in order to get the best from the series.
I was given a copy of this book by the publisher for my honest review.
Posted by Mary Jackson at 1:16 PM