The Lady and the Officer By Mary Ellis 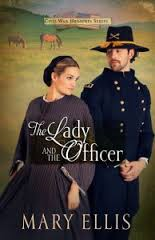 Bestselling author Mary Ellis (A Widow's Hope) presents The Lady and the Officer, Book 2 of her new Civil War historical romance series, which tells the stories of brave women and the men who love them.
Serving for a brief time as a nurse after the devastating battle of Gettysburg, Madeline Howard saves the life of Elliot Haywood, a colonel in the Confederate Home Guard. But even though Maddy makes her home in the South, her heart and political sympathies belong to General James Downing, a soldier from the North.
However, Colonel Haywood has never forgotten the beautiful nurse, and when he unexpectedly meets her again in Richmond, he is determined to win her. But while rubbing elbows with army officers and cavalry generals and war department officials in her aunt and uncle's palatial home, Maddy overhears plans for a Confederate attack in northern Virginia. She knows passing along this information may save the life of her beloved James, but at what cost? Can she really betray the trust of her family and friends?
Maddy's heart is pulled between wanting to be loyal to those who care for her and wanting to help the man she believes is on the right side of the conflict. Two men love her. Will her faith in God show her the way to a bright future, or will her choices bring a devastation of their own? 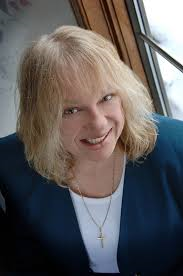 Mary Ellis grew up close to the Amish where she loved their peaceful agrarian lifestyle and strong sense of Christian community. She and her husband now live by the largest population of Old Order in the country where they take weekend trips to research her books. Mary enjoys reading, traveling, gardening, bicycling and swimming. Before "retiring" to write full-time, Mary taught Middle School and worked as a sales rep for Hershey Chocolate--a job with amazingly sweet fringe benefits. Living in Harmony, book one of her last series won the 2012 Lime Award for Excellence in Amish Fiction. Book two, Love Comes to Paradise, won the 2013 Lime Award. Her debut Christian book, A Widow's Hope, was a finalist for the 2010 ACFW Carol Awards. She is currently working on a three-book historical romance series set during the Civil War. The Quaker and the Rebel released in January, 2014. She can be found on the web at:www.maryellis.net blog: www.maryeellis.wordpress.com


Mary has done it again, she is the queen of Amish Fiction but she is now becoming one of my favorite Historical fiction authors as well.
Book number two in the Civil War Heroines series was even better than book one.
Mary really knows her history and you can see it on every page.
I could not put this book down, it was fantastic from page one.
I gave this book 5 stars and I recommend it.
I was given a copy of this book by the publisher for my honest review.
Posted by Mary Jackson at 1:33 PM