The Promise of Jesse Woods By Chris Fabry 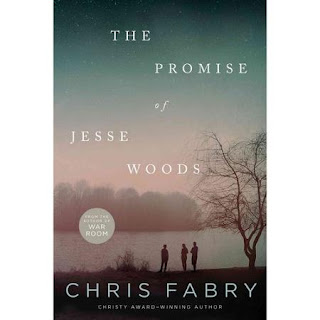 The summer of 1972 was the most pivotal of Matt Plumley’s childhood. While his beloved Pirates battle for back-to-back World Series titles, Matt’s family moves from Pittsburgh to Dogwood, West Virginia, where his father steps into the pulpit of a church under the thumb of town leader Basil Blackwood. A fish out of water, Matt is relieved to forge a fast bond with two unlikely friends: Dickie Darrel Lee Hancock, a mixed-race boy, and Jesse Woods, a tough-as-nails girl with a sister on her hip and no dad in sight.As the trio traipses the hills and hollers, Matt begins to fall for Jesse, and their promises to each other draw him deeper into her terrifying reality. One night, the wrath of the Blackwoods and the secrets of Jesse’s family collide, and Matt joins Jesse in a rescue that saves one life and ends another . . . and severs the bond of their friendship.Years later, Matt is pulled back to Dogwood and to memories of that momentous summer by news of Jesse’s upcoming wedding. He could never shake the feeling that there was more to the story of that fateful night, and he’s determined to learn the truth behind the only promise Jesse Woods ever broke. 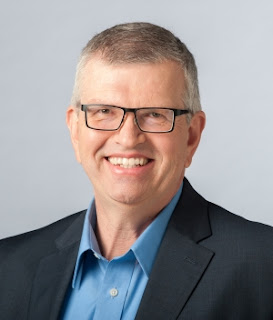 Was there ever a promise in your life you couldn't keep?The Promise of Jesse Woods is a story that has haunted me for many years. It's a coming-of-age novel about Matt Plumley, but it focuses mainly on a girl named Jesse and the hard life she's led. Part romance, part mystery, part social and racial commentary, my hope is that this book will ring in your heart and make you want to savor every page.ABOUT CHRISI was born in West Virginia in 1961. I read a lot, but not very fast, and wrote poems and songs, and transcribed Marx Brothers movies and memorized dialogue.In 1984 I met Jerry Jenkins at Moody Bible Institute. He offered to help me learn to write and I took him up on the offer. In 1998, Jerry and Dr. Tim LaHaye hired me to help write the Left Behind: The Kids series. After that I worked on several other series for children and then published my first adult novel in 2008. It took more than six years to write Dogwood and find a publisher. It received a 2009 Christy Award.My next novel, June Bug, drew its themes from the classic Victor Hugo tale, Les Miserables. Then, Almost Heaven released and also won a Christy Award, as well as the 2011 Christian Book Award for Fiction.Not in the Heart is another riveting, suspenseful, and yet relational story. A mystery within a mystery within an addiction. I dedicate it to all who have someone in their life who is addicted. This story also received a Christy award.Borders of the Heart is my nod toward some of the great western writers—Cormac McCarthy and Larry McMurtry. It's a love story, a painful story of loss, a mystery, and an edge-of-your-seat thriller. I hope you enjoy the ride through Tucson and the surrounding area as much as I did.Every Waking Moment is my effort to take some of the pain and loss of life and sift it through the life of a young woman who's been marginalized in society, working among people who are marginalized (the elderly). Treha has an extraordinary gift that few observe because she's "different." Like most of my tales, it's a love story, a mystery, part thriller—but mostly a character sketch of lonely people looking for hope. Be watching for the sequel to Treha's story, Looking Into You, in early 2017.I've also had the opportunity to craft novels based on film screenplays. The motion picture The Song released in September 2014, with my novel developed from Richard L. Ramsey's screenplay following later that year. I was also privileged to work on the novelization of War Room, the latest film produced by the Kendrick brothers (Courageous, Fireproof). Both film and novel were released in August 2015.I graduated from the W. Page Pitt School of Journalism at Marshall University in Huntington, West Virginia. I have been married to Andrea since 1982. We have nine children. In October of 2008 our family evacuated our house in Colorado, leaving behind all our belongings because of a toxic mold situation. Since then we have been living near Tucson, Arizona, working on recovering our health after the mold exposure.Stop by my website at www.chrisfabry.com to learn more about my writing and radio endeavors, and be sure to sign up for my online newsletter, the FABRYGRAM. I can also be found on Facebook and Twitter, or you can email me at chris@chrisfabry.com.

There are not words to tell you how much I loved this book!
Being from West Virginia and being Chris Fabry's biggest fan.  I have to tell you all this is a MUST read. It has it all,  some mystery, some romance, life lessons. You will not be able to put it down. Like a piece of nice milk chocolate you will devour book and be left wanting more. The characters  are so real and the life of Jesse will leave you hurting but it's such a fantastic read.
I gave this book 5 stars and I HIGHLY recommend this book.
I was given a copy of this book by the publisher for my honest review
Posted by Mary Jackson at 1:50 PM