A Fragile Hope By Cynthia Ruchti 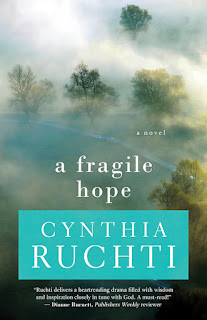 Josiah Chamberlain's life's work revolves around repairing other people's marriages. When his own is threatened by his wife's unexplained distance, and then threatened further when she's unexpectedly plunged into an unending fog, Josiah finds his expertise, quick wit and clever quips are no match for a relationship that is clearly broken. Feeling betrayed, confused, and ill-equipped for a crisis this crippling, he reexamines everything he knows about the fragility of hope and the strength of his faith and love. Love seems to have failed him. Will what’s left of his faith fail him, too? Or will it be the one thing that holds him together and sears through the impenetrable wall that separates them? One winner will receive:
—A copy of A Fragile Hope
—A metal wall scripture hanging

Enter today, but hurry! The giveaway ends on May 3 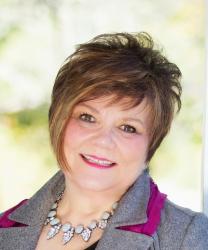 Cynthia Ruchti tells stories hemmed in hope through award-winning novels, novellas, devotionals, nonfiction, and through speaking events for women and writers. She makes potato corn chowder for her husband of 44 years and loves on her three kids and five grandchildren. Cynthia recently retired from 33 years of writing and producing a daily radio broadcast called THE HEARTBEAT OF THE HOME, is past president of the 2,700-member American Christian Fiction Writers, and now serves as ACFW's Professional Relations Liaison, all while working on more book projects in addition to the fifteen already on the shelves. Her books have been honored with two Selah Awards, three Christian Retailing's BEST Awards, and awards from CAN Golden Scrolls and AWSA Golden Scrolls, as well as finalist and top honors in awards programs such as ACFW's Carol Awards, ForeWord Book Reviews Book of the Year, RT Reviews Book of the Year, Family Fiction's Book of the Year, Cascade Awards Book of the Year, Inspirational Readers' Choice, and the Christy Awards, among others. You can connect with her at www.cynthiaruchti.com, at www.facebook.com/cynthiaruchtireaderpage, at www.twitter.com/cynthiaruchti, or in the kitchen, brewing herself another cup of tea.

I have never read a book by Ruchti that I did not LOVE. And A Fragile Hope was one that I will read again and again. I cried and cried and was filled with Hope. This is a book that you have no clue where its going, You think one thing and another comes to pass. You have no idea how this book is going to end.
You are going to love to hate Josiah, and you are going to feel for Karin. they are two of the best characters.
I read it in one sitting and I HIGHLY recommend it. This is such a moving book of Hope.
I gave this book 5 stars two times.
I received  this book from the publisher for review. A favorable was not required and all views expressed are my own.
Posted by Mary Jackson at 1:53 PM