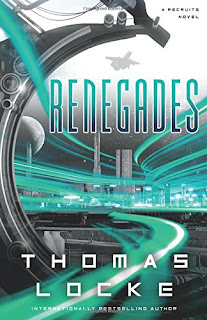 Twins Sean and Dillon are using their transit abilities for good--but not everyone sees it that way. Arrested and imprisoned by a clandestine group within the highest reaches of the Human Assembly, Sean and Dillon are forced to choose sides between those who wish to serve and those who seek to rule.

At the same time within a distant outpost system, a young soldier is coming into his own. Logan has known since childhood that he possessed a special ability--a distinct form of transiting called ghost-walking. Though ghost-walking has been outlawed for centuries, Logan is secretly drawing together a crew for a risky quest.

The fates of these three young men will lead them, along with the entire Assembly, to the brink of destruction in this inventive tale of adventure, honor, and the things worth fighting for. 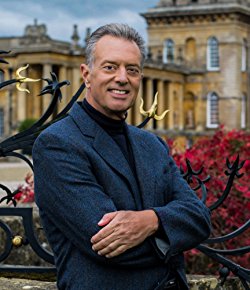 Thomas Locke is a pseudonym for Davis Bunn, an award-winning novelist with worldwide sales of seven million copies in 22 languages. Davis divides his time between Oxford and Florida and holds a lifelong passion for speculative stories. He is the author of Recruits, as well as Emissary and Merchant of Alyss in the Legends of the Realm series and Fault Lines, Trial Run, and Flash Point in the Fault Lines series. Learn more at www.tlocke.com

Book two in the Recruits series.
This is no my usual type of book I like to read, but for something a little different to change this up a little bit I read it.
I was not really thrilled with it although my husband enjoyed it.
I suffered through it an I have to say although it is different is was an okay read once I put my mind to reading it.
I gave this book 3.5 stars. Give it a try if you are in a reading rut, you might like it.
The Mary Reader received this book from the publisher for review. A favorable review was not required and all views expressed are our own.
Posted by Mary Jackson at 6:23 AM