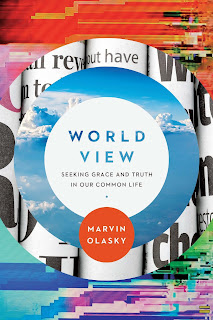 What would our common life be like if Christians were known not only for speaking truth, but also for demonstrating mercy? Marvin Olasky, best-selling author and editor in chief of World Magazine describes this kind of salty Christianity in a far-ranging collection of columns from World. As Dr. Olasky comments on world events and also shares his personal interactions, readers will be encouraged to bring both grace and truth to every encounter. While deeply committed to standing for biblical truth in the public square, Olasky is just as interested in Christians living out the biblical virtues of humility, kindness, and mercy in all of life. His call for biblical values to include both truth and grace, makes his voice stand out in a world that often falsely divides those goals and settles for a poor imitation of the robust Christianity he calls readers to. Curated collection of World columns that offer the best of Marvin Olasky. Sets forth a much needed vision for how Christians can speak truth and demonstrate mercy at the same time. A wonderful collection that all readers of World Magazine will want to have for their own library and an extra copy to share with a friend. 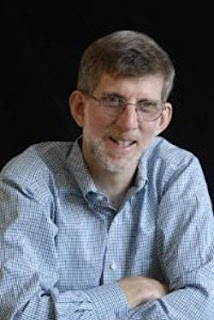 Love: Susan and I have been married for 35 years. Four terrific sons and one wonderful daughter-in-law: Peter and Catherine, David, Daniel, and Benjamin

Formal education: B.A. from Yale University in 1971, Ph.D. in American Culture from the University of Michigan in 1976. Real education: Grew up in Judaism, became an atheist and a communist, and then (purely through God's grace) a Christian in 1976.

Other activities over the years: foster parent, Pony League assistant coach, PTA president, board chairman of a crisis pregnancy center and a Christian school, elder in the Presbyterian Church in America. Credited (or discredited) with developing the ideas of compassionate conservatism and biblical objectivity.

This is not so much a book, it's compositions of articles  put in book form. Scripture is mixed in with the articles and biblical truths.
This is articles about the current happening in the world so to dd the biblical ad scripture this makes for a book that Christians will want to check out.
It's not a book that you sit down in read in one sitting, its more one you read a few articles each day.
It was interesting but it was not a book I would normally pick up to read.
I gave this book 3.5 stars.  If you are into politics and world views this might be one you would like to read.
The Mary Reader received this book from the publisher for review. A favorable review was not required and all views expressed are our own.
Posted by Mary Jackson at 6:14 AM