I Can Only Imagine By Bart Millard 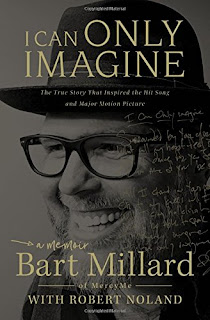 “The Story That Inspired the Major Motion Picture.”
The captivating story behind the bestselling single in the history of Christian music—and the man who wrote it
MercyMe’s crossover hit, “I Can Only Imagine,” has touched millions of people around the world. But few know about the pain, redemption, and healing that inspired it. Now Bart Millard, award-winning recording artist and lead singer of MercyMe, shares how his dad’s transformation from abusive father to man of God sparked a divine moment in music history.
Go behind the scenes of Bart’s life—and the movie based on it—to discover how God repaired a broken family, prepared Bart for ministry through music, and wrote the words on his heart that would change his life forever. I Can Only Imagine is a front-row seat to witnessing God’s presence throughout Bart’s life. Whether falling in love with his childhood sweetheart or mourning his father’s death, founding MercyMe or flailing in the midst of its success, Bart continues to place his trust in God’s plans—plans that continue to surprise and surpass what Bart could have ever imagined. 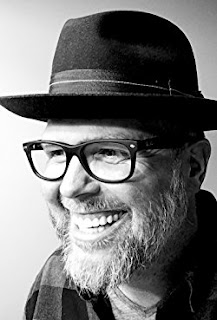 Bart Millard is a founding member and lead singer of the multi-platinum selling contemporary Christian band MercyMe. He is married to his childhood sweetheart, Shannon. They reside in Franklin, TN along with their children Sam, Gracie, Charlie, Sophie and Miles.

I have always been a fan of MercyMe. I absolutely love their music. I was so excited when I received this book for review. Sometimes we prejudge artist and assume everything in their life now and in the past was rainbows and unicorns. It was amazing to read and learn what Bart endured throughout his life. His faith played a great role in shaping him into who he is now. I was pulled into his story and could not put this book down until I finished it. Millard tells in the beginning he can add more into a book and go into further detail than is allowed in a motion picture. If anyone watches the movie and passes on the book I believe they have done themselves a disservice. This is one of the most inspiring reads I have read in a while.

I gave this book 5 stars.  I HIGHLY recommend this book.
The Mary Reader received this book from the publisher for review. A favorable review was not required and all views expressed are our own.
Posted by Mary Jackson at 6:05 AM