Things I Never Told You By Beth Vogt 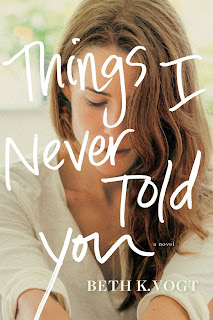 It’s been ten years since Payton Thatcher’s twin sister died in an accident, leaving the entire family to cope in whatever ways they could. No longer half of a pair, Payton reinvents herself as a partner in a successful party-planning business and is doing just fine―as long as she manages to hold her memories and her family at arm’s length.

But with her middle sister Jillian’s engagement, Payton’s party-planning skills are called into action. Which means working alongside her opinionated oldest sister, Johanna, who always seems ready for a fight. They can only hope that a wedding might be just the occasion to heal the resentment and jealousy that divides them . . . until a frightening diagnosis threatens Jillian’s plans and her future. As old wounds are reopened and the family faces the possibility of another tragedy, the Thatchers must decide if they will pull together or be driven further apart. 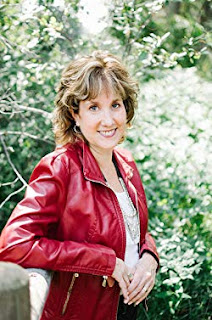 Beth K. Vogt is a non-fiction author and editor who said she’d never write fiction. She’s the wife of an Air Force family physician (now in solo practice) who said she’d never marry a doctor—or anyone in the military. She’s a mom of four who said she’d never have kids. Now Beth believes God’s best often waits behind the doors marked “Never.” As a contemporary romance novelist, Beth is a 2016 Christy Award winner, a 2015 RITA® Finalist and a three-time ACFW Carol Award finalist. Her 2014 novel, Somebody Like You, was one of Publisher’s Weekly’s Best Books of 2014. In 2015, Beth introduced her destination wedding series with both an e-novella, Can’t Buy Me Love, and a novel, Crazy Little Thing Called Love. She continues the series in 2016 with the e-novella You Can’t Hurry Love (May) and the novel Almost Like Being in Love(June). A November Bride, was part of the Year of Wedding Series by Zondervan. Beth enjoys writing contemporary romance because she believes there’s more to happily-ever-after than the fairy tales tell us. Find out more about her books at bethvogt.com. An established magazine writer and former editor of Connections, the leadership magazine for MOPS International, Beth is also part of the leadership team for My Book Therapy, the writing community founded by best-selling author Susan May Warren. She lives in Colorado with her husband Rob, who has adjusted to discussing the lives of imaginary people, and their youngest daughter, Christa, who loves to play volleyball and enjoys writing her own stories.
Connect with Beth on her website (bethvogt.com) and her blog on quotes, In Others' Words, or on any of these social media platforms:
Facebook.com/AuthorBethKVogt
Twitter.com/bethvogt
Instagram.com/bethkvogt

Post by AJ
Posted by Mary Jackson at 7:34 AM