Beauty and the Breakdown By Julie Roberts 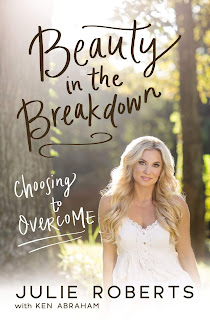 Country music singer Julie Roberts is no stranger to overcoming hard times through determination, hard work, and strength. Having escaped the emotional residue of her alcoholic father’s actions and insults, Julie moved from South Carolina to Nashville, Tennessee, to attend Belmont University and work as a receptionist at Mercury Records—all while secretly pursuing her dream of becoming a singer. Filling her nights with music and booking shows at obscure venues, the one requirement when Julie was hired at Universal Music Group was that she not be an aspiring singer. Yet, despite her best efforts to keep quiet, Julie knew God had placed music within her as a child and that it was bound to come out sooner or later. Raw, honest, and sometimes painful, Julie’s lyrics resonated quickly with country music fans, and her emotion-soaked debut album—a reflection of her own painful past—was an instant success.
Just as Julie’s dreams were coming true, her life began to unravel. Soon, she was battling debilitating physical illness, the rising waters of Nashville’s hundred-year flood, and a stalled career. Instead of succumbing to despair, Julie proved miraculously resilient—taking the steps she needed to face adversity head on and rebuild her life through her characteristic optimism, hard work, and faith.
Journey with Julie as she walks through the highs and lows of her career, the personal struggles she’s endured, the lessons she’s learned, and her sense of purpose as she rebuilds her singing career and contributes her voice to the work of supporting others with multiple sclerosis. Julie’s courage combined with her joyful personality and love for God will encourage readers in a uniquely powerful way. 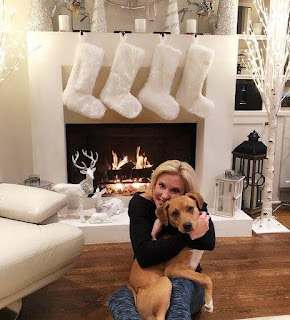 
A little bit about Julie...
I was diagnosed with Multiple Sclerosis in 2005 at the height of an incredibly exciting and critical time in my career as a country music singer. I felt that accepting and admitting to the world (and the music industry) would mean I'd have to give up my dreams of singing country music.  For five years, I didn't tell anyone about my diagnosis. I continued to make records and tour.
In 2010, I lost my home and everything I owned in the "one thousand year flood" in Nashville, TN. During the difficult rebuilding weeks and months that followed,  I had my first physical MS relapse in 5 years. As devastating as the flood was, I believe God used it to alter my perspective and ultimately save my life.  I accepted my diagnosis and found a therapy to manage my disease.
I realized then that God uses people in ways that they might never expect and maybe He wanted to use me to help others with MS, both through my story and my songs.
I have made it my life's mission to inspire those living with this disease to keep chasing their dreams!  I have also made it my goal to do all I can to connect with and raise awareness for organizations set up to help those live with MS.
Not only am I singing/performing around the country but I am speaking most weeks out of the year to MS patients everywhere.  This brings so much joy and fulfillment to my soul. I want to do all I can to lift them up so they can not only live with, but beat this disease.
I am very thankful for all that the National Multiple Sclerosis Society has done for my life. If you would like to make a donation to the MS Society, please go to www.nmss.org.
Other wonderful organizations set up to help those living with MS include, but are not limited to:
OTHER PASSION:
I am also passionate for animal rescue and adoption. I am in love with my four dogs, Lucie, Cosmo, Carlie, and Jessie!
I adopted both Cosmo and Jessie in Los Angeles. There are sweet dogs everywhere in the world that need a good home. I would like to encourage everyone to visit their local animal shelters and adopt when looking for a new pet. Also, there are many places which need donations for those dogs waiting on their forever homes. 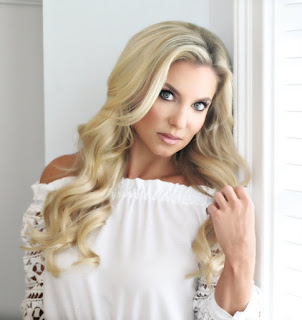 Julie Roberts stepped into the national spotlight in 2004 with her country music hit “Break Down Here.” Her debut album earned RIAA gold for sales in excess of five hundred thousand copies. The South Carolina native was an undeniable sensation, performing in a wide range of concert and national TV appearances. Multiple honors followed, including an array of nominations from the Country Music Association, the Academy of Country Music, and the Country Music Television Awards.
In 2010, Julie took a hiatus from music to recharge her batteries and to confront a number of personal challenges. Today, she is back, singing better than ever.
“I want to inspire others to never give up on their dreams. I’ve asked God to use me to encourage others. I’ll do that by continuing to share my story, recording new music, and playing shows. That’s where my heart and soul are fulfilled."
My Thoughts...

I love when you find out someone is human and goes though real life issues like the rest of the world.
Roberts writes her story is such a way that you connect with her through the pages of her story.
I enjoyed reading this and I hope that others will get some conformation that it's all going to work out after reading her story.
I gave this book 4 stars and I recommend it.
The Mary Reader received this book from the publisher for review. A
favorable review was not required and all views expressed are our own.
Posted by Mary Jackson at 11:54 AM