State of Lies By Siri Mitchell 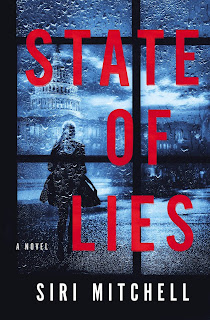 Someone wants Georgie Brennan dead. And the more she digs for the truth, the fewer people she can trust.
Months after her husband, Sean, is killed by a hit-and-run driver, physicist Georgie Brennan discovers he lied to her about where he had been going that day. A cryptic notebook, a missing computer, and strange noises under her house soon have her questioning everything she thought she knew.
With her job hanging by a thread, her son struggling to cope with his father’s death, and her four-star general father up for confirmation as the next secretary of defense, Georgie quickly finds herself tangled in a web of political intrigue that has no clear agenda and dozens of likely villains.
Only one thing is clear: someone wants her dead too. And the people closest to her might be the most dangerous of all.
Pick up your copy here...
https://www.amazon.com/State-Lies-Siri-Mitchell/dp/0785228616/ref=tmm_pap_swatch_0?_encoding=UTF8&qid=1577034949&sr=8-1 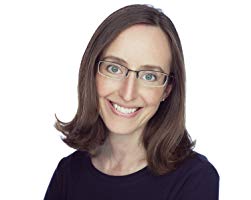 When I'm listening to a speaker and I'm taking notes, chances are, I've just had a great idea for a plot or a dialogue. If I'm nodding my head in response to a really profound statement, I'm probably thinking, 'Yes. Right. That's exactly what my character needs to hear.'
When I'm editing my manuscripts, I laugh at the funny parts. And I cry at the sad parts.
Sometimes I even talk to my characters. 'Okay, Joe. Talk to me. Tell me what you're thinking here.' And yes, the characters answer me. I actually hear them talking in my head.
Half the time, I think I'm an okay writer. The other half, I'm tempted to take a magnet to the hard drive.
The easy part is writing. The hardest part is editing. The worst part is wondering if the books are going to sell.
I have plenty of ideas for books; the thing I lack is the time to write them. I write by the word. Other writers write by the page. However you want to tally it, 90,000 words is a lot of pages.
In the world of writing I have done nothing right. I wrote 4 books and accumulated 153 rejections before I signed with a publisher. And then I had to write a fifth book so that they could publish it. In the process, I saw the bottoms of more pints of Ben & Jerry's than I care to admit. I vowed never to write another word again. Ever. I went on writing strikes and I even stooped to threatening my manuscripts with the shredder.
However. Here I am, over a dozen books into the process. And if you haven't heard the news yet, I'm also writing under the pseudonym Iris Anthony!
Learn more about me on the web at http://sirimitchell.com Learn more about Iris Anthony at http://irisanthony.com
Posted by Mary Jackson at 5:57 AM