The Vacation By T.M. Logan 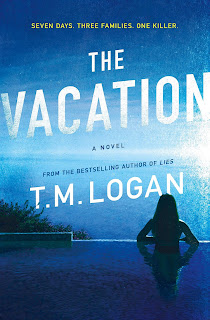 It was supposed to be the perfect getaway: Kate and her three best friends, spending a week with their families in a luxurious villa in the south of France. Through the decades they’ve stayed closer than ever, and seven days of drinking crisp French wine and laying out under the dazzling Mediterranean sun is the perfect celebration of their friendship. But soon after arriving, Kate discovers an incriminating text on her husband’s cell phone.
A text revealing that he’s having an affair.
And that the other woman is one of her best friends.
But which one?
Trapped in paradise with no one to trust, Kate is determined to find out who has put her marriage―and a lifelong friendship―in jeopardy. But as she closes in on the truth, she realizes that the stakes are higher than she ever imagined. Everyone on the trip has secrets…and someone may be prepared to kill to keep theirs hidden. 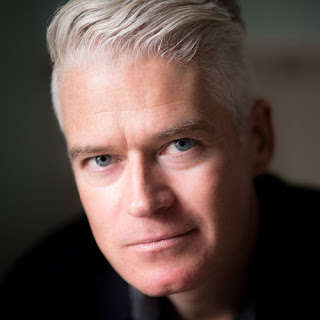 Bestselling author TM Logan was a national newspaper journalist before turning to novel-writing full time. His thrillers have sold more than 750,000 copies in the UK and are published in 19 countries around the world including the USA, South Korea, Italy, Spain, Portugal, France, Poland, Hungary, Serbia, Greece, Romania and the Netherlands.
His debut thriller LIES was one of Amazon UK's biggest ebooks of 2017 - winning a Silver Award at the Nielsen Bestseller Awards - and was followed by his second standalone, 29 SECONDS (2018). THE HOLIDAY was a Richard & Judy Book Club pick and spent ten weeks in the Sunday Times paperback Top 10, as well as hitting the #1 spots on Amazon Kindle, Apple iBooks and Kobo.
His brand new thriller for 2020, THE CATCH, is about a father who becomes convinced his daughter is about to marry a man with terrible secrets. THE CATCH is out now in paperback, ebook and audio, published in the UK by Bonnier Books.
Tim lives in Nottinghamshire with his wife and two children, and writes in a cabin at the bottom of his garden. You can find him at www.tmlogan.com.

My Thoughts...
My third book by Logan, You can say I am a huge fan. I love that I never see it coming. This one was perfectly written. I thought I had it figured out and then I was hit upside the head with something totally different. This is a MUST read, a 5 star mystery that will you have you shaking your head. The Mary Reader received this book from the publisher for review. A favorable review was not required and all views expressed are our own.
Posted by Mary Jackson at 3:32 AM