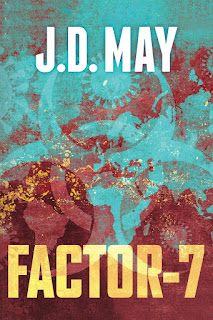 The life of Dr. Sam Hawkins, the head trauma surgeon at Galveston's St. Peter's Memorial Hospital, is changed forever by the cryptic words of his dying friend, Dr. Bill Roberts, and a string of murders and blatant cover-ups that follow his demise. Sam reluctantly teams up with Dr. Rainee Arienzo, an Italian infectious disease specialist, and together they uncover the terrifying truth about Factor-7, a bio-weapon with a 98% mortality rate.

Dr. Roberts's journal tips them off that a clandestine plot for using the virus is about to be unleashed by a secret society, the Keepers Collegium. The Collegium, an international group of rogue intelligence agents, ex-military, and government officials, has a demonic plan to use the pathogen to destroy anyone who threatens their twisted ideology.

Sam and Rainee can't trust anyone. Danger and deceit are around every corner as they travel the world. They soon realize that public exposure of the evil plot would be as dangerous to the world's security as the bio-weapon itself. The fallout could lead to World War III. Therefore, they must not only shut down the plans of the Collegium, but also keep the top-secret information from ever being revealed. But as they work to stop the plot, Sam and Rainee are kidnapped by the largest Mexican drug cartel. The kingpin, who financed much of the Collegium's plot, wants Dr. Roberts's journal because it lists the names of the major players in the Collegium who had double-crossed him. He plans to carry out his special revenge. And he also has his own plans for Sam and Rainee. In order to survive, Sam and Rainee have no choice...they must play with one of two devils or be burned by both.
Pick up your copy here...
Factor-7: May, J D: 9781641118651: Amazon.com: Books 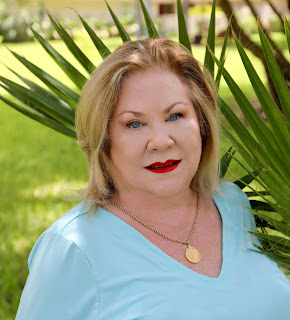 J.D. May is a third generation Texan from the Lower Rio Grande Valley. She loves her band of house cats as well as the large tribe of fat, happy TNR'd feral cats that came with her rural property in a small citrus-growing community. Palm tree-lined roads, natural waterways, and roaming wild animals including alligators, deer, wild hogs, and birds of every color make Bayview a perfect place for a writer and painter. She also loves the beach, rock and roll, Tex-Mex food, cooking, Shiner Bock beer, and she believes wine is a legitimate food group. She shows her paintings at The Laguna Madre Art Gallery in Port Isabel, Texas. J.D. May attended Sam Houston State University, San Miguel de Allende Instituto, and Rice University where she studied drama, art, creative writing and Spanish. J.D. May worked in advertising for most of her career. She is married to a former award-winning surfer and has a daughter and soon to have a brand-new granddaughter.
My Thoughts...
I almost felt like I was reading a Dan Browne novel. It had the same feel. This book was full of action. And I am happy to have found another new author to spend the evenings with. I gave this book 4 stars. The Mary Reader received this book from the publisher for review. A favorable review was not required and all views expressed are our own.
Posted by Mary Jackson at 5:03 AM

Email ThisBlogThis!Share to TwitterShare to FacebookShare to Pinterest
Labels: J.D. May