The Adventures of BB, Shlumbernerd and William By N.D. Picton GIVEAWAY! 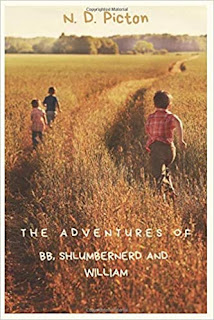 They were three-quarters of the way in when it happened. Shlumbernerd overbalanced due to the strong current and the weight of the water pushing against the bike. In he went, and the bike toppled over with him.BB started to scream in a panicked voice, ‘William! He’s going to drown. You’ve got to do something.’There was a look of blind fear on Shlumbernerd’s face as he gasped for air. He was half-sitting on the road, with the water surging around his neck, trying to find some traction with his hands, something to hold onto before it was too late …Some days, being a kid ain’t pretty. You want to be the hero of the story but end up being your own worst enemy. And then life throws up never-ending problems for you to solve.Three kids. Endless adventures. Some side-splittingly hilarious, some just plain terrifying. This comical treasure trove of stories doubles as a ‘how-to’ manual for kids. For example, it shows how to: deal with schoolyard bullies, silence monster brats, organise a protest march at school, get rid of incriminating evidence and dodge a herd of angry cattle. And that’s just for starters. Life was never going to be boring living out west on a farm. This is an action-packed adventure story that is entertaining for readers aged 9-13, middle school students, and adults (of all ages). It explores themes of family, friendship and the importance of facing challenges with a pinch of laughter and a lot of persistence.
Pick up your copy here...
Amazon.com: The Adventures of BB, Shlumbernerd and William (9780648829423): Picton, N.D.: Books 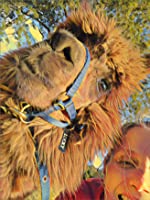 N. D. Picton is a children's author who once accidentally left a winning lottery ticket in a pocket and let it go through the wash.Having had the childhood fantasy of living out in the bush, this was ruthlessly dashed when it became apparent that having no survival skills, a total inability to assemble anything and a fear of sharp knives, might prove slightly disadvantageous. The obvious next course of action was to take up a teaching career.N.D. Picton's hobbies include walking alpacas, blending spinach, broccoli and kale drinks for breakfast, appearing in the background of TV news reports and playing the duduk.
Living in Queensland, Australia with one daughter and a spoilt dog called Daisy, 'The Adventures of BB, Shlumbernerd and William' is the first children's book published by this author.
This is a children's book. I can't tell you an age as it is not listed on Amazon like most children's books.
The Mary Reader received this book from the publisher for review. A favorable review was not required and all views expressed are our own.
Posted by Mary Jackson at 4:51 AM