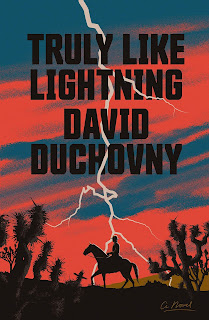 From the New York Times–bestselling author David Duchovny, an epic adventure that asks how we make sense of right and wrong in a world of extremes

For the past twenty years, Bronson Powers, former Hollywood stuntman and converted Mormon, has been homesteading deep in the uninhabited desert outside Joshua Tree with his three wives and ten children. Bronson and his wives, Yalulah, Mary, and Jackie, have been raising their family away from the corruption and evil of the modern world. Their insular existence―controversial, difficult, but Edenic―is upended when the ambitious young developer Maya Abbadessa stumbles upon their land. Hoping to make a profit, she crafts a wager with the family that sets in motion a deadly chain of events.Maya, threatening to report the family to social services, convinces them to enter three of their children into a nearby public school. Bronson and his wives agree that if Maya can prove that the kids do better in town than in their desert oasis, they will sell her a chunk of their priceless plot of land. Suddenly confronted with all the complications of the twenty-first century that they tried to keep out of their lives, the Powerses must reckon with their lifestyle as they try to save it.
Truly Like Lightning, David Duchovny’s fourth novel, is a heartbreaking meditation on family, religion, sex, greed, human nature, and the vanishing environment of an ancient desert.
Pick up your copy here...
Amazon.com: Truly Like Lightning: A Novel (9780374277741): Duchovny, David: Books 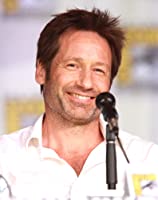 David William Duchovny (born August 7, 1960) is an American actor, writer, producer, director, and singer-songwriter. He is known for playing FBI Agent Fox Mulder on the sci-fi horror action drama show The X-Files and writer Hank Moody on the comedy-drama series Californication, both of which have earned him Golden Globe awards. Duchovny appeared in both of the two X-Files films, the 1998 science fiction-thriller of the same name and the supernatural-thriller The X-Files: I Want to Believe (2008). As of May 2015, he has been executive producing and starring in the historically based cop drama Aquarius.
Duchovny has a B.A. in English Literature from Princeton University and an M.A. in English Literature from Yale University.
My Thoughts...
A story of family, who knew Duchovny could write? This is his fourth book and one you need to grab.
I struggled for the first few chapters and then it flowed so well I was done with the book before I know it.
I gave this book 3.5 stars and I hope that you will give it a read.
The Mary Reader received this book from the publisher for review. A favorable review was not required and all views expressed are our own.
Posted by Mary Jackson at 3:33 AM