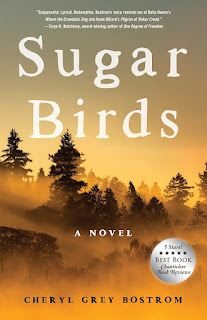 Northwest Washington State, 1985
For years, Harris Hayes has taught his daughter, Aggie, the ways of the northern woods. So when her mother's depression worsens, Harris shows the girl how to find and sketch the nests of wild birds as an antidote to sadness. Aggie is in a tree far overhead when her unpredictable mother spots her and forbids her to climb. Angry, the ten-year-old accidentally lights a tragic fire, then flees downriver. She lands her boat near untamed forest, where she hides among the trees and creatures she considers her only friends—determined to remain undiscovered.

A search party gathers by Aggie’s empty boat hours after Celia, fresh off the plane from Houston, arrives at her grandmother’s nearby farm. Hurting from her parents’ breakup, she also plans to run. But when she joins the hunt for Aggie, she meets two irresistible young men who compel her to stay. One is autistic; the other, dangerous.

Perfect for fans of The Scent Keeper, Where The Crawdads Sing, and The Great Alone, Sugar Birds immerses readers in a layered, evocative coming-of-age story set in the breathtaking natural world where characters encounter the mending power of forgiveness—for themselves and for those who have failed them. 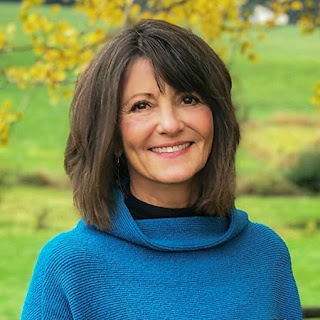 For most of her life, Pacific Northwest naturalist, photographer, and award-winning author Cheryl Grey Bostrom, MA, has lived in the rural and wild lands that infuse her writing. Her work has appeared in a variety of publications, including the American Scientific Affiliation’s God and Nature Magazine, for which she’s a regular photo essayist. A member of the Redbud Writers Guild, she has also authored two non-fiction books. This is her first novel. She currently resides near Lynden, WA.
My Thoughts...
I love the outdoors that may just be why I loved this book so much. And I am a huge fan of coming of age stories,
So if you liked Where The Crawdads Sing then you are going to love this one even more.
I gave this one 5 stars and I HIGHLY recommend it.
The Mary Reader received this book from the publisher for review. A favorable review was not required and all views expressed are our own.
Posted by Mary Jackson at 3:01 AM