The Night Shift By Natalka Burian 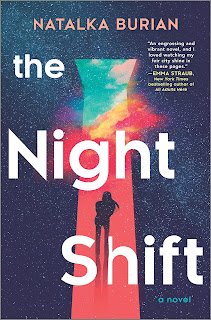 Only by traveling into the past can Jean discover a happy future…Hidden behind back doors of bars and restaurants and theaters and shops all over New York City are shortcuts—secret passageways that allow you to jump through time and space to emerge in different parts of the city. No one knows where they came from, but there are rules—you can only travel through them one way and only at night.When Jean’s work friend Iggy introduces her to the shortcuts, it’s to help shorten her commute between her night shifts bartending and her work at an upscale bakery. Jean is intrigued but has a hard time shaking the side effects—the shortcuts make her more talkative, more open to discussing her past and recalling memories she’s tried hard to forget.
When Iggy goes missing, Jean believes it’s related to the shortcuts and his growing obsession with them. But as she starts digging into their origins, she comes to find a strange connection between herself and the shortcuts. A shimmering, propulsive novel set in New York City during the early aughts and across time, The Night Shift shows that by confronting the past can we reshape our future.
Pick up your copy here...
The Night Shift: A Novel: Burian, Natalka: 9780778333043: Amazon.com: Books 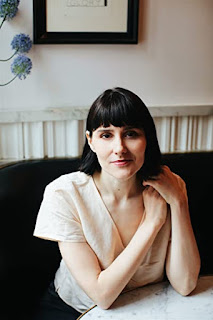 Natalka Burian is the co-owner of two bars, Elsa and Ramona, as well as the co-founder of The Freya Project, a non-profit reading series that supports community-based activism and annually awards five unrestricted grants to further the work of women and non-binary writers. She is the author of Welcome to the Slipstream, a young adult book, and the cocktail cookbook, A Woman’s Drink. Her novel, Daughters of the Wild, will be out this September with Park Row. Natalka, her bars and books have been featured in The New Yorker, Elle, Vogue, The New York Times, and elsewhere. She grew up on a farm, but now lives in Brooklyn with her husband and two daughters.
My Thoughts...
If you are a fan a time travel reads then have I got a treat for you.
The Night Shift is going to go to the top of your must reads list.
Grab this one while you have time to read it at the beach and get lost in a book that everyone will be reading this summer.
4 stars and one to share with everyone.
The Mary Reader received this book from the publisher for review. A favorable review was not required, and all views expressed are our own.
Posted by Mary Jackson at 3:09 AM