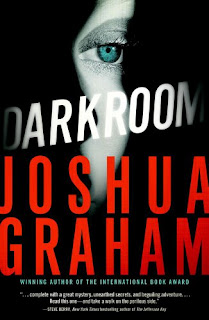 After scattering her mother's ashes in Vietnam, photojournalist Xandra Carrick comes home to New York to rebuild her life and career. When she experiences supernatural visions that reveal atrocities perpetrated by American soldiers during the Vietnam War, she finds herself entangled in a forty-year-old conspiracy that could bring the nation into political turmoil. Launching headlong into a quest to learn the truth from her father, Peter Carrick, a Pulitzer Prize Laureate who served as an embedded photographer during the war, Xandra confronts him about a dark secret he has kept--one that has devastated their family.

Her investigations lead her to her departed mother's journal, which tell of love, spiritual awakening, and surviving the fall of Saigon.

Pursued across the continent, Xandra comes face-to-face with powerful forces that will stop at nothing to prevent her from revealing the truth. But not before government agencies arrest her for murder, domestic terrorism and an assassination attempt on the newly elected president of the United States.
Darkroom is a riveting tale of suspense that tears the covers off the human struggle for truth in a world imprisoned by lies.

I am not a big fan of thrillers; this is not a book I would pick for myself but once I began reading it, I had to know how it would end. Dark Room grabs you by the throat, holds you down in your chair and takes you on an emotional roller coaster that leaves you dangling in between terror, nerve-wracking fear and anxiety to know how it is all going to end. I was actually afraid each time I picked up the book; worried about what was going to happen next.

Dark Room is an exceptional emotional thriller and literally kept me on the edge of my seat, I could not put it down until the very last page. You will find yourself transported into the story with the characters and there is no rest until you have drunk in the very last word. I would advise not reading this book before you go to bed because you won't get any sleep until you have finished it!
A retelling of historic events that bring the Vietnam War to life in alarming detail. I highly recommend Mr. Grahams Darkroom if you love emotional thrillers.

Dark Room was provided to me by the publisher
Howard, a division of Simon & Schuster
Posted by Mary Jackson at 6:17 PM