Bride of a Distant Isle By Sandra Byrd GIVEAWAY! An unforgettable romance set in Victorian England, Bride of A Distant Isle is the engrossing story of Annabel Ashton, who fights to save her family home and her mother's honor while trying to figure out if the man she loves wants her—or just wants to use her to achieve his own ambitions.

Miss Annabel Ashton is a teacher at the Rogers School for Young Ladies in Winchester when she takes a brief visit to her family home, Highcliffe Hall at Milford-on-Sea. She believes her stay will be short but soon learns that she will not be returning to the safety of the school. Instead, she remains at Highcliffe, at the mercy of her cousin, Edward Everedge.

Annabel protests, but as the illegitimate daughter of a woman who died in an insane asylum, she has little say. Edward is running out of money and puts the house up for sale to avoid financial ruin. He insists that Annabel marry, promising her to a sinister, frightening man. But as the house gets packed for sale, it begins to reveal disquieting secrets. Jewelry, artifacts, and portraits mysteriously appear, suggesting that Annabel may be the true heir of Highcliffe.

She has only a few months to prove her legitimacy, perhaps with assistance from the handsome but troubled Maltese Captain Dell’Acqua. But does he have Annabel’s best interests at heart?

And then, a final, most ominous barrier to both her inheritance and her existence appears: a situation neither she nor anyone else could have expected. Will Annabel regain her life and property—and trust her heart—before it’s too late?
Pick up your copy here...
http://www.amazon.com/Bride-Distant-Isle-Daughters-Hampshire/dp/1476717893/ref=sr_1_1?s=books&ie=UTF8&qid=1458589550&sr=1-1&keywords=sandra+byrd 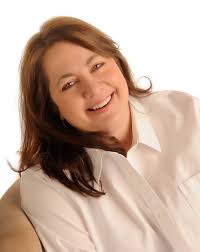 After earning her first rejection at the age of thirteen, bestselling author Sandra Byrd has now published more than forty books. Sandra's new series, Daughters of Hampshire, historically sound Gothic romances, launched in 2015 with best-selling Book One: Mist of Midnight. That book earned a coveted Editor's Choice from the Historical Novel Society. The second book in the series, Bride of a Distant Isle, releases in March 2016 and has been selected by Romantic Times as a Top Pick. Her latest nonfiction title, The One Year Home and Garden Devotions, published on October 1, 2015.Check out her contemporary adult fiction debut, Let Them Eat Cake, which was a Christy Award finalist, as was her first historical novel, To Die For: A Novel of Anne Boleyn. To Die For was also named by Library Journal as a Best Books Pick for 2011 and The Secret Keeper: A Novel of Kateryn Parr, was named a Library Journal Best Books Pick for 2012. Sandra has published dozens of books for tweens and teens, including the best-selling, The One Year Be-Tween You and God, Devotions For Girls. She is passionate about helping new writers develop their talent and their work toward traditional or self-publication. As such, she has mentored and coached hundreds of new writers and continues to coach dozens to success each year via novelcoaching.com

This was more of a  mystery and it was a good mystery, I had no clue who Annabel's father was and where her belonging's were coming from. It was a book that kept my attention and it's very well written. I am usually not a big fan of historical books but the romance and mystery were really good in this book.
Come open the pages of this romance, mystery and see for yourself the intrigue that awaits you.
I gave this book 4 stars and think you will enjoy this one.
I was given a copy of this book by Wynn Wynn Miedia for my honest review.
Posted by Mary Jackson at 11:38 AM