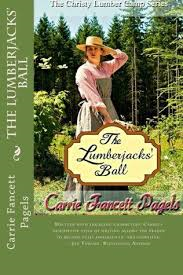 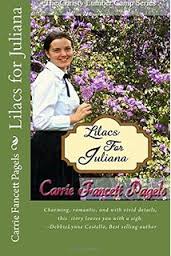 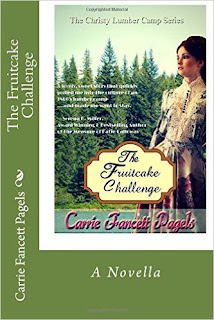 When new lumberjack, Tom Jeffries, tells the camp cook, Jo Christy, that he’ll marry her if she can make a fruitcake, “as good as the one my mother makes,” she rises to the occasion. After all, he’s the handsomest, smartest, and strongest axman her camp-boss father has ever had in his camp—and the cockiest. And she intends to bring this lumberjack down a notch or three by refusing his proposal. The fruitcake wars are on! All the shanty boys and Jo’s cooking helpers chip in with their recipes but Jo finds she’ll have to enlist more help—and begins corresponding with Tom’s mother. Step back in time to 1890, in beautiful Northern Michigan, near the sapphire straits of Mackinac, when the white pines were “white gold” and lumber camps were a way of life. Jo is ready to find another life outside of the camps and plans that don’t include any shanty boys. But will a lumberjack keep her in the very place she’s sworn to leave?

A decade after surviving a brutal attack, a mercantile owner’s daughter begins her life anew in Michigan’s Upper Peninsula. A gifted craftsman wishes to leave the lumber camp and seeks employment at her new store. When his presence dredges up memories she wishes to suppress, the proprietress must learn to face her past and open her heart. When complications arise, will they overcome adversity in time for The Lumberjack's Ball?

Petite Juliana Beauchamps possesses a vivid imagination, which comes in handy as a librarian. When a handsome giant of a lumberjack comes to town and rescues her from possible tragedy, she’s shaken by the event. A dashing beer baron, from Milwaukee, also pursues Juliana’s attention. Meanwhile, a library trustee determines to push out the female librarians. 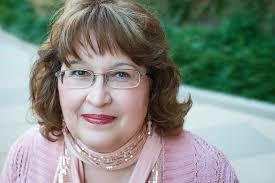 Former "Yooper" Carrie Fancett Pagels writes Christian historical romances about overcoming. Possessed with an overactive imagination, that wasn't "cured" by twenty-five years as a psychologist, she loves bringing characters to life. Carrie and her family reside in Virginia's Historic Triangle, which is perfect for her fascination with history. Carrie enjoys reading, traveling, baking, and beading--but not all at the same time!

Usually I avoid novellas because they are far to short, for me. I like my books long and all at one time. But I got this whole series at once, so I was so happy to read it.
I have seen a lot about this series on social media and I could not wait to pop open the book and get started.
Boy as I right I would have not been happy if I had to wait for the next one, with that being said guess what you can get all three of the novellas now and read them all together like I did.
You are going to love this storyline. You will not want to put these books down. I put my review together with all three books so that you will get the idea that you need to read them all three not just one, it flows much better that way. I wanted to give you the order to read them in as well. The Fruitcake Challenge is book one, The Lumberjack's Ball is book number two, and last but certainly not lest is Lilacs for Juliana. I must tell you my favorite one was Lilacs for Juliana.  I would also like to say I would not read one with out the other two, stand alones they could be but why miss out on the whole story. Wonderful characters and well written.
I gave this whole series 4 stars and recommended this series. Pick up extra copies for a nice gift for the reader in your life.
I was given a copy of these books by the author for my honest review.
Posted by Mary Jackson at 6:26 AM