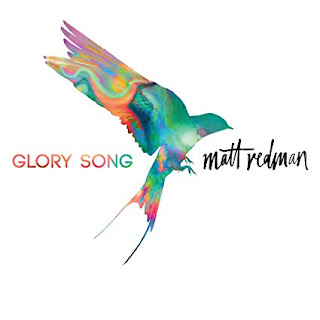 Matt Redman teamed up with several of his worship-artist friends for this album, first
releasing the track “Gracefully Broken (feat. Tasha Cobbs Leonard).” Tasha Cobbs
Leonard also released her own version of this song on the same day! The album also
features Kierra rShead, Guvna B, Madison Cunningham, and Kim Walker-Smith.

Recorded in the famed Capitol Studios in LA, Matt Redman is set to release his new studio album, Glory Song, on September 29. Leading with the first single 'Gracefully Broken' featuring Tasha Cobbs Leonard, this album is full of worship anthems sure to fill the church in the years to come.

As the writer of many of the most popular worship songs like 'Blessed Be Your Name,' 'The Heart Of Worship,' and 'Better Is One Day,' Matt Redman's songs are sung by millions of people every Sunday all around the world. His hit '10,000 Reasons (Bless The Lord)' spent 19 weeks at No. 1 while selling over 1 million tracks. The song also garnered two GRAMMY® Awards, a Billboard Music Award and was named ASCAP's Christian Music Song of the Year.

As part of the sixstepsrecords family, Matt has been involved in leading at the Passion Conferences for years, most recently at the Passion conference in Atlanta with over 50,000 university students. Along with Louie Giglio, Chris Tomlin, Christy Nockels and Kristian Stanfill, Matt was one of the founding members of Passion City Church in Atlanta, Georgia.

My Thoughts...
I was excited to hear that Matt had a new album coming out. I loved his last album and patiently waited for him to write another. I listen to music throughout the day as I perform my daily tasks like Praying and reading. Redman's new album "Glory Song" did not disappoint. Worship music has a special place in my heart. He has a unique way of expressing himself through music. I can hear the praise in his heart come through every note in the songs on the CD. I especially like the songs All Glory and Redemption Ground.
This is a 5 star album. I hope that you will pick up a copy.
Leave a comment and follow the blog to be entered to win a copy of this CD.

Many thanks to Propeller Consulting, LLC for providing this prize for the giveaway.  Choice of winners and opinions are 100% my own and NOT influenced by monetary compensation.  I did receive a sample of the product in exchange for this review and post. Only one entrant per mailing address, per giveaway.  If you have won a prize from our sponsor Propeller /FlyBy Promotions in the last 30 days on the same blog, you are not eligible to win.  Or if you have won the same prize on another blog, you are not eligible to win it again.  Winner is subject to eligibility verification.
Posted by Mary Jackson at 9:15 AM