Rule Of Law By: Randy Singer 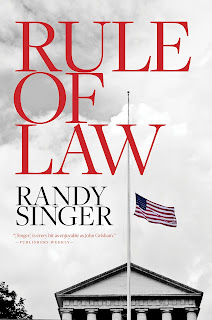 What did the president know? And when did she know it?For the members of SEAL Team Six, it was a rare mission ordered by the president, monitored in real time from the Situation Room. The Houthi rebels in Yemen had captured an American journalist and a member of the Saudi royal family. Their executions were scheduled for Easter Sunday. The SEAL team would break them out.

But when the mission results in spectacular failure, the finger-pointing goes all the way to the top.

Did the president play political games with the lives of U.S. service members?

Paige Chambers, a determined young lawyer, has a very personal reason for wanting to know the answer. The case she files will polarize the nation and test the resiliency of the Constitution. The stakes are huge, the alliances shaky, and she will be left to wonder if the saying on the Supreme Court building still holds true.

It makes a nice motto. But will it work when one of the most powerful people on the planet is also a defendant? 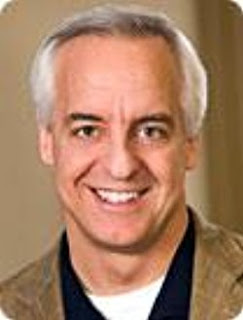 Randy Singer is a critically acclaimed author and veteran trial attorney. He has penned nine legal thrillers, including his award-winning debut novel "Directed Verdict." In addition to his law practice and writing, Randy serves as a teaching pastor for Trinity Church in Virginia Beach, Virginia. He calls it his "Jekyll and Hyde thing"--part lawyer, part pastor. He also teaches classes in advocacy and ethics at Regent Law School and serves on the school's Board of Visitors. He and his wife, Rhonda, live in Virginia Beach. They have two grown children. Visit his Web site at www.randysinger.net.

Rule Of Law is a thrilling read. The author put together a book that captured my attention and kept it to the very end. There was one part  that  made me want to put the book down because it saddened me. It wasn't a bad thing at all it was to me a very sad part of the story. After that the book picked back up and held me captive until the conclution of the story. Singer really had me guessing at how the story would end. He created characters that were lovable and some that were dispicable, but together they made the story. He did use a word or two that I would perfer not to be in a Christian novel.
The book starts off with Navy Seals running a black ops mission and turns into a full blown court room thriller.
I loved this book. I gave this book 4.5 stars. I recommend this book.
The Mary Reader received this book from the publisher for review. A favorable review was not required and all views expressed are our own.