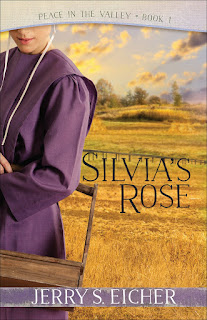 A Beautiful Rose, Like True Love, Never Fades
Esther Stoltzfus considers herself to be down-to-earth, the way most Amish women do. Her marriage to her deceased husband was one borne out of practicality, and Esther sees no reason why God won't replace what He was taken away.

When Esther moves to a new community with her daughter, Diana, she meets the handsome minister Isaiah Mast, who has experienced his own loss and appears to be a logical fit to complete their family. But everything changes when Esther is introduced to Joseph Zook, her widowed neighbor down the road.

While tending to his treasured roses, Joseph tells stories of his passionate love for his late wife, Silvia—stories that stir a place in Esther's heart she never knew existed. What if she and Isaiah could have the kind of love Joseph and Silvia shared?

In the meantime, Joseph gets his own second chance at love with the eccentric Arlene King, even as he knows he will never find another frau like his beloved Silvia. 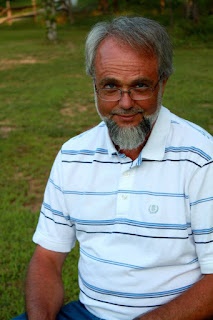 My Thoughts...
This was book number one in the  Peace in the Valley series. Let me tell you it was a good one. And for those who are always asking and worrying about the mish books that I read and review all being the same ole plot and redone stories. This one was NOT. It was very different and never been done before. I loved Esther and Joseph so much and of course Isaiah and Arlene were not my favorite, I could not connect with them. But it took all four of them to make this a story you will enjoy. I really loved Esther's daughter Diana, she was so full of life and made this story one I will be thinking about for some time. Who doesn't like Roses?   You have to read this story about this hybrid rose, you will be talking it for days.
This is a  5 star must read.
The Mary Reader received this book from the publisher for review. A favorable review was not required and all views expressed are our own.
Posted by Mary Jackson at 6:15 AM