If I live By Terri Blackstock 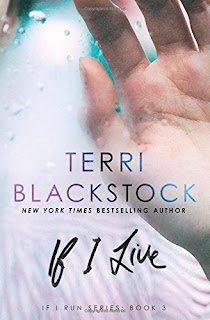 THE HUNT IS ALMOST OVER.
Casey Cox is still on the run after being indicted for murder. The hunt that began with her bloody footprints escalates, and she’s running out of places to hide. Her face is all over the news, and her disguises are no longer enough. It’s only a matter of time before someone recognizes her.
Dylan Roberts, the investigator who once hunted her, is now her only hope. Terrifying attempts on Dylan’s life could force Casey out of hiding. The clock is ticking on both their lives, but exposing the real killers is more complicated than they knew. Amassing the evidence to convict their enemies draws Dylan and Casey together, but their relationship has consequences. Will one life have to be sacrificed to protect the other?
With If I Live, Terri Blackstock takes us on one more heart-stopping chase in the sensational conclusion to the If I Run series.


Terri Blackstock is a New York Times best-seller, with over six million copies sold worldwide. She has had over twenty-five years of success as a novelist. Terri spent the first twelve years of her life traveling in an Air Force family. She lived in nine states and attended the first four years of school in The Netherlands. Because she was a perpetual "new kid," her imagination became her closest friend. That, she believes, was the biggest factor in her becoming a novelist. She sold her first novel at the age of twenty-five, and has had a successful career ever since.

In 1994 Terri was writing for publishers such as HarperCollins, Harlequin, Dell and Silhouette, when a spiritual awakening drew her into the Christian market. As she was praying about her transition, she went on a cruise and noticed that almost everyone on the boat (including her) had a John Grisham novel. It occurred to her that some of Grisham's readers were Christians, and that if she wrote a fast-paced thriller with an added faith element, she might just find her niche. As God would have it, Christian publishers were showing interest in the suspense genre, so she quickly sold a four-book series to Zondervan. Since that time, she's written over thirty Christian titles, most of them suspense novels.

Besides entertaining her readers, Terri tackles issues that she hopes will change lives. Her recent book, Predator, was inspired by her experiences on Facebook and Twitter, and her concern that people posted too much personal information about themselves. The book deals with an online predator who uses social networks as his playground. She hopes the book will change readers' online habits. Her New York Times best-seller, Intervention, was inspired by her own personal struggles with a daughter on drugs. In the book, a mother hires an interventionist for her drug-addicted daughter. But on the way to treatment, the interventionist is murdered, and the daughter disappears. Barbara, the mother, sets out to search for her daughter. Terri modeled Barbara after herself, and poured many of her own emotions and experiences into that character. As a result, many families experiencing drug addiction have written to thank her for telling their story and giving them hope.

Other recent books include her stand-alone novel Shadow in Serenity, and Vicious Cycle (Book 2 in her Intervention Series). She's also known for popular series such as the Restoration Series, the Cape Refuge Series, the Newpointe 911 Series, and the SunCoast Chronicles series.

Terri has appeared on national television programs such as "The 700 Club" and "Home Life," and has been a guest on numerous radio programs across the country. The story of her personal journey appears in books such as Touched By the Savior by Mike Yorkey, True Stories of Answered Prayer by Mike Nappa, Faces of Faith by John Hanna, and I Saw Him In Your Eyes by Ace Collins. 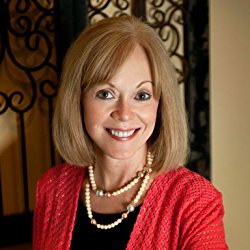 Warning: You will not put this book down once you start reading it.
You are taken on a journey and it's not one you will soon forget.
It was the best of the three If I Run series.
Blackstock always knows how to pull you in and make you hold on until the very end.
I'm not going to give anything away, I will just let you know that it's a must read.
This is a 4.5 star book and I HIGHLY recommend the whole series.
The Mary Reader received this book from the publisher for review. A favorable review was not required and all views expressed are our own.
Posted by Mary Jackson at 6:16 AM