Inside the Atheist Mind By Anthony Destefano 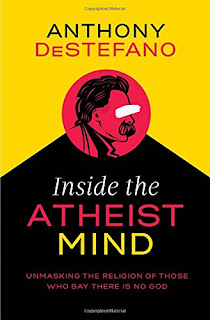 From USA Today bestselling author Anthony DeStefano, an entertaining retort to atheism and its proponents, revealing the intellectual bankruptcy at atheism’s core and equipping Christians to respond to its hollow arguments.
A witty and devastating takedown of the "new" atheist position, Inside the Atheist Mind debunks the theories of Richard Dawkins, Christopher Hitchens, Sam Harris, and others, revealing how inconsistent, illogical, and frankly ludicrous their conclusions truly are. Poking fun at atheists in a clever and intelligent way, Anthony DeStefano demonstrates just how full of holes the new atheism is and reveals that it is actually a "religion" of its own, complete with a creed, a set of commandments, a rigid moral code, and rewards and punishments. More than that, DeStefano exposes that atheism is itself a "superstition" of the worst kind.
Using irony and a healthy dose of playful sarcasm, Inside the Atheist Mind lampoons, teases, and deflates the atheist position, unmasking it for what it is--an empty, intellectually barren philosophy, devoid of any logic and common sense. 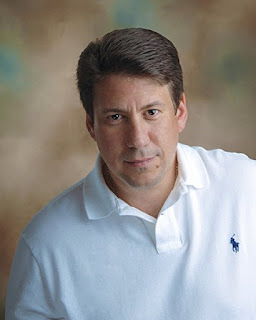 Anthony has also written three photo-gift books: "I Just Can't Take It Anymore," "OK I Admit It, I'm Afraid." and "The Love Book."

He has received many awards and honors from religious communities throughout the world. In 2002, he was given an honorary Doctorate from the Joint Academic Commission of the National Clergy Council and the Methodist Episcopal Church for "the advancement of Christian beliefs in modern culture." The commission is made up of outstanding Evangelical, Orthodox and Protestant theologians and educators.

Anthony is a Knight of the Sovereign Military Order of Malta, the oldest Order in the Catholic Church. He is an avid pilot, a successful businessman, and a longtime pro-life activist, having worked with Fr. Frank Pavone, national director of Priests for Life, for over twenty-five years.

As always Destefano writes a very informative and concise read.
I have been a  fan of his from his first book.
There is no part of this book that is not clear and biblical. This is a book that everyone needs to read. You will not be disappointed.
It was a clear and thought out well researched book.
I gave this book 4 stars and I recommend it.
The Mary Reader received this book from the publisher for review. A favorable review was not required and all views expressed are our own.
Posted by Mary Jackson at 5:47 AM