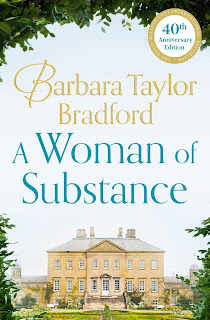 A celebration of an indomitable spirit, here is New York Times bestselling author Barbara Taylor Bradford's dazzling saga of a woman who dared to dream--and to triumph against all odds...
In the brooding moors above a humble Yorkshire village stood Fairley Hall. There, Emma Harte, its oppressed but resourceful servant girl, acquired a shrewd determination. There, she honed her skills, discovered the meaning of treachery, learned to survive, to become a woman,
and vowed to make her mark on the world.
In the wake of tragedy she rose from poverty to magnificent wealth as the iron-willed force behind a thriving international enterprise. As one of the richest women in the world Emma Harte has almost everything she fought so hard to achieve--save for the dream of love,
and for the passion of the one man she could never have.
Through two marriages, two devastating wars, and generations of secrets, Emma's unparalleled success has come with a price. As greed, envy, and revenge consume those closest to her, the brilliant matriarch now finds herself poised to outwit her enemies, and to face the betrayals of the past with the same ingenious resolve that forged her empire. 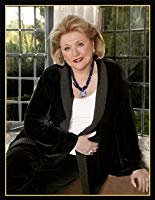 Barbara Taylor Bradford, OBE is one of the world's best loved storytellers. Her 1979 debut novel, A Woman of Substance, ranks as one of the top-ten bestselling books of all-time, with more than 30 million copies in print. All 31 of her novels to date have been major worldwide bestsellers. Her 32nd book, Secrets Of Cavendon, will be published in hardcover and eBook on November 21 by St. Martin's Press.Bradford was born in Leeds, West Yorkshire (UK) as the only child of Freda and Winston Taylor. She grew up in the Leeds suburb of Armley and after Town Street Church of England School worked in the typing pool at the Yorkshire Evening Post before going into journalism. By the age of twenty she was the fashion editor of Woman's Own Magazine and an editor and columnist on Fleet Street for the London Evening News.Bradford's books have sold more than ninety one (91) million copies worldwide in more than ninety (90) countries and forty (40) languages. Ten (10) of her books have been made into miniseries and television movies, making her one of the best-selling authors over the last 30 years.In April of 2003, Mrs. Bradford was inducted into the Writers Hall of Fame of America alongside Mark Twain, Langston Hughes and Dr. Seuss. She was awarded an OBE by Queen Elizabeth II in the Queen's 2007 Birthday Honours list for her contributions to literature. Her original manuscripts are archived at the Brotherton Library at Leeds University, alongside the works of the Bronte sisters. In 2009, Barbara's publishers began a worldwide 30th anniversary celebration of A Woman of Substance. The first annual Woman of Substance Awards took place on September 10th 2009 at the Dorchester Hotel in London. She lives in New York City with her husband, of 51 years, television producer Robert Bradford.Her official website is: www.barbarataylorbradford.com


My Thoughts...
I reread this book after, well lets just say a long time ago. It was such a great read. It's a long one and one you can devour over a few days. Bradford is one of my favorite romance authors.
I am so happy for this 40 anniversary edition.
I gave it 4 stars and even if you have read it in the past grab a copy and reread it, you will be so happy that you did.