More Than We Remember By Christina Nelson 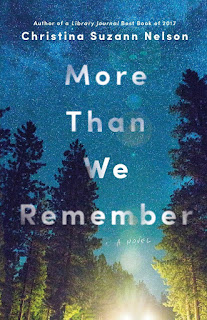 One night changes everything for three women. . . .
When Addison Killbourn's husband is involved in a car accident that leaves a woman dead, her perfectly constructed life crumbles apart. With her husband's memory of that night gone and the revelation of a potentially life-altering secret, Addison has to reevaluate all she thought she knew.
Emilia Cruz is a deputy bearing a heavy burden far beyond the weight of her job. Her husband is no longer the man she married, and Emilia's determined to prevent others from facing the same hardship. When she's called to the scene of an accident pointing to everything she's fighting against, she's determined to see justice for those wronged.
Brianne Demanno is hiding from reality. She was thriving as a counselor, but when tragedy struck a beloved client, she lost faith in herself and her purpose. When her neighbors, the Killbourns, are thrown into crisis, Brianne's solitary life is disrupted and she finds herself needed in a way she hasn't been in a while.
As the lives of these women intersect, they can no longer dwell in the memory of who they've been. Can they rise from the wreck of the worst moments of their lives to become who they were meant to be? 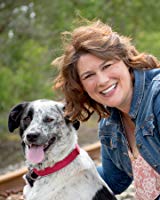 Christina Suzann Nelson writes stories featuring women who survive circumstances to live lives closer to God’s calling. She focuses on changing legacies from dysfunction to hope.
Her first novel, If We Make It Home, released from Kregel Publication September 2017, gleaned the honor of debut of the month from Library Journal. The book was recently named a BEST BOOK of 2017 by Library Journal.
Christina’s second novel with Kregel is scheduled to release in the fall of 2018.
The Oregon Christian Writers named Nelson the 2017 Writer of Promise.
In 2010, she was a finalist for the ACFW Genesis contest in both contemporary and women’s fiction. Her manuscript, Torn Edges, was named the 2014 overall winner in the ACFW Phoenix Rattler competition, a finalist in the 2015 ACFW Genesis, and won third place in the annual Idahope contest for unpublished novelists. Another of her manuscripts, The Azalea Sisters, made the semi-finals in the contemporary category of the ACFW Genesis for 2015.
For the past ten years, Christina has been a member of Oregon Christian Writers and American Christian Fiction Writers. She attends conferences and workshops throughout the year including the national ACFW conference. Within ACFW, Christina has served as the northwest zone director.
Christina lives in Oregon’s gorgeous Willamette Valley with her husband of twenty-five years and their four children. The family owns a small farm where the kids raise animals as 4H projects.

She is honored to be a member of the steering committee for Every Child, Benton and Linn County, where she has the opportunity to influence the lives of families and children in the foster care system.

My Thoughts...
All the feels. This book has them all you will cry, you will laugh, you want to reach out and let them know you care and are there for them.
As I read this book, I was emotional, at first so much was going on I was not sure how I felt but it was a book I won't soon forget.
This was my first time reading this author but I can say it will not be my last book by Nelson.
5 stars in my opinion and I HIGHLY recommend it.
The Mary Reader received this book from the publisher for review. A favorable review was not required and all views expressed are our own.
Posted by Mary Jackson at 5:34 AM