I'd Give Anything By Marisa De Los Santos 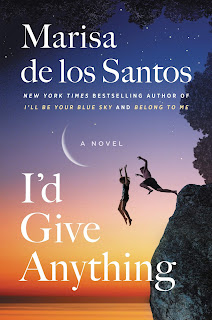 From the New York Times bestselling author of Love Walked In and Belong to Me comes a profound and heart-rending story about a horrific tragedy that marks one woman and her hometown and about the explosive secrets that come to light twenty years later.

Ginny Beale is eighteen, irreverent, funny, and brave, with a brother she adores and a circle of friends for whom she would do anything. Because of one terrible night, she loses them all—and her adventurous spirit—seemingly forever. While the town cheers on the high school football team, someone sets the school’s auditorium ablaze. Ginny’s best friend Gray Marsden’s father, a fire fighter, dies in the blaze.
While many in the town believe a notoriously troubled local teen set the fire, Ginny makes a shattering discovery that casts blame on the person she trusts most in the world. Ginny tells no one, but the secret isolates her, looming between her and her friends and ruining their friendship.
Over the next two decades, Ginny puts aside her wanderlust and her dreams. Moving back to her hometown, she distances herself from the past and from nearly everyone in it. She marries a quiet man, raises their daughter, Avery, and cares for her tyrannical, ailing mother, Adela. But when Ginny’s husband, Harris, becomes embroiled in a scandal, Ginny’s carefully controlled life crumbles, and, just when she believes she is regaining her bearings, the secret she’s kept for twenty years emerges and threatens to destroy her hopes for the future.
With the help of fifteen-year-old Avery and of friends both old and new, Ginny must summon the courage to confront old lies and hard truths and to free herself and the people she loves from the mistakes and regrets that have burdened them for so long. 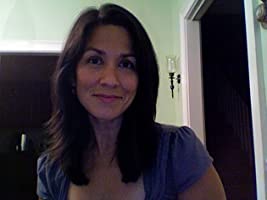 I became a writer because I love the sound and texture of words (current favorite consonant sounds: Ls and hard Cs) and love to hear what happens when they bump up against each other. I was a poet for a long time (my first book is a collection of poetry called FROM THE BONES OUT), and then, one day, unexpectedly, I found that I had a voice inside my head. As you might imagine, this was a bit alarming. However, in time, I discovered that the voice belonged to a character named Cornelia Brown, so I wrote a novel called LOVE WALKED IN about her and an eleven-year old girl named Clare. After that, I became addicted to writing novels. I wrote a second one called BELONG TO ME that continues Cornelia's and Clare's stories, and then wrote a another book for adults called THE PRECIOUS ONE, about two sisters, and co-wrote two for middle grade readers with my husband, David Teague. Those are called SAVING LUCAS BIGGS and CONNECT THE STARS. My new novel I'LL BE YOUR BLUE SKY completes the Cornelia and Clare trilogy (if it doesn't turn into a series because--who knows?), and I'm working on another one, probably titled I'D GIVE ANYTHING. I live with David Teague, our two kids, Charles and Annabel, and our ridiculously cute Yorkies,

My First book by Santos. But not my last. I loved this story.
Such an emotional read for me. It turns out in such a way you  won't believe it. I don't want to give anything away. I want to you to read it and enjoy it like I did.
4 star read I recommend.
The Mary Reader received this book from the publisher for review. A favorable review was not required and all views expressed are our own.